Words are Tricky, but Important 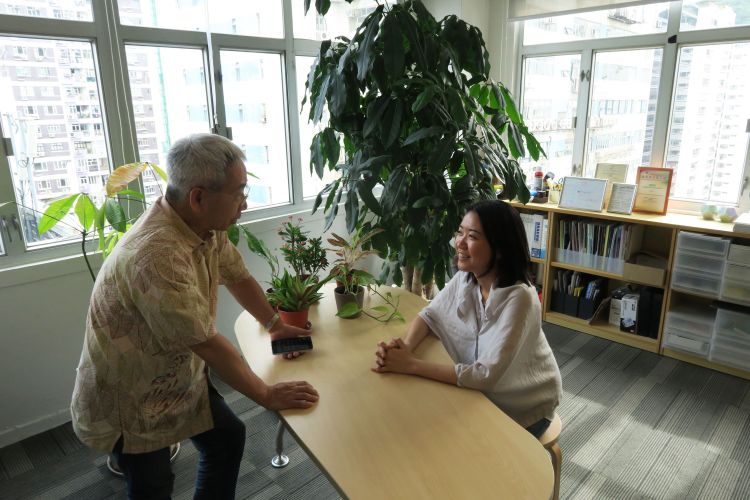 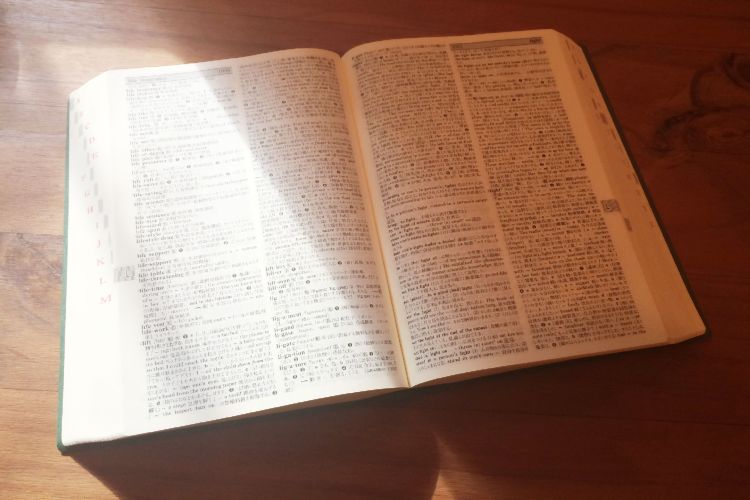 2. It`s important to flip through a dictionary from time to time 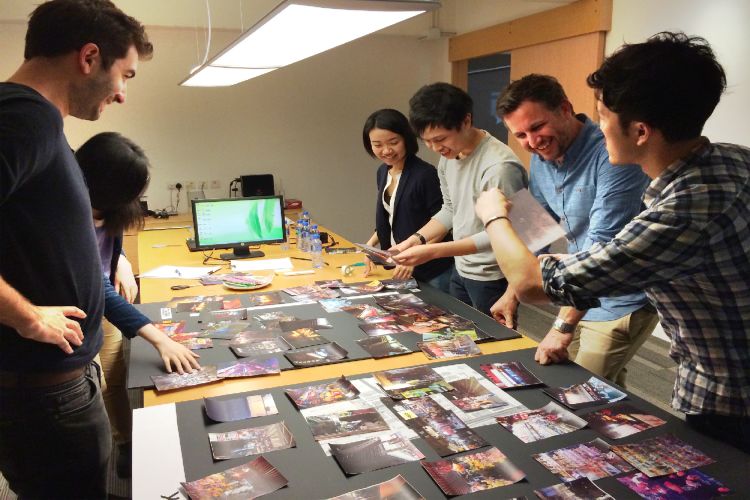 Sakoda：At work I feel it is better to make a phone call then to discuss a project over email with a client in Hong Kong or China. Without using visual aids or images one really has to think about what they are saying and choose words carefully.

Mende：Are you good with words? Were you talkative from a young age or kept a diary?

Sakoda：No, and my writing is also hard to understand. I think I rely on a lot of onomatopoeic and imitative words instead of going into a full explanation. I realize this since now I have to use English at work. For example, in Japanese I might say something like “fuwaa” which means floating or a sense of weightlessness. I don`t know how to explain this sensation.
When talking with a client, usually English is neither of our native language and English skill levels are also different. Usually the speaker will fall into grammatical habits that confuse the meaning and construe word interpretation. In order to correctly express one`s ideas manner of speaking and word choice are important.
Are you careful of your word choices or conscious of wording?

Mende：During a lecture, I feel my words can touch and move the audience in different ways and that is all I hope for, but at work or during a business meeting it is different. To express oneself without any misunderstandings is very hard. For example I use the word “glare” a lot. Each time I should probably add a simple explanation because usually the client just nods in agreement and doesn`t understand the full meaning. In particular, I consciously try to use English that is especially understandable in other Asian countries. But it is still challenging to relay fine detail and subtleties when vocabulary levels are low or they don`t have a basic understanding of the culture surrounding the English language.

Sakoda：That is true. In Singapore or Hong Kong local English expressions carry a lot of momentum.

Mende：When I speak English I try to express myself in the simplest way possible. So sometimes my English lectures are better than the lectures in Japanese. In Japanese I really want the audience to understand the finer subtleties, so I end up explaining nuance after nuance and saying too much, or the examples are just too abstract. I sometimes have a hard time expressing my thoughts. On the other hand, because my English vocabulary level is low, I concentrate on making logical arguments and simplified explanations. It is not my native language, but there is a sense of decisiveness.

Sakoda： At the recent city walk in Hong Kong, participating architects from Hong Kong, France, and South Africa used a wide range of vocabulary and key words to describe light. The meanings sounded similar, but with slightly different nuances and forms of speech. I realized that I have just been using the same words over and over again.

Mende： Yes, we have to work on improving both our Japanese and English. It is stressful to speak a language other than your native language, but it is good training. I really want to be able to enjoy and improve my word usage and language ability on a regular basis.

Sakoda：While working, it is important to use logical wording and simple explanations. However, one`s thoughts and ideas are expressed through one`s wording so a low vocabulary level is not necessarily a rich way of speaking.

Mende：This might make a few people angry, but I think a lot of designers are not good with words or circumvent words altogether, relay on images and drawings to express ideas. Architects are unique because they seem to put a lot of effort into explaining their opinions through words. Whether it is light, sound, or taste, these are all very sensuous ideas and wording is difficult. Unfortunately, sometimes my lectures relay on a slide presentation of project images. However, this time of lecture style draws no critique or criticism. The discussion is not based on ideas and principles that draw critique, but becomes a show of what is “cool” or “uncool.”

Sakoda：Maybe there is no critique from the audience, but how about from yourself during the lecture?

Mende：Of course! I am my biggest critic. I also really want to get across to the audience and explain why I aimed for specific designs.

Sakoda： I don`t think I would be able to critic the architectural design of some of the most major buildings.

Mende：I don`t know if actually having a personal principle or position is everything, but it’s a start to critique how you think things should be.
Getting back to the importance of words, lighting designers are very negligent and irresponsible about words. Professionally, it is important to clearly state ideas, but during daily conversations the tone and sound of wording is important, along with the use of confusing, but endearing words choices. Because we are continually in a position to explain the intangible throughout our lives.

Sakoda：It is important to want to use rich expressions while talking. I hope I can express myself better in my next project concept presentation.

Interviewer: Misa Fujii A Love letter from Kaoru Mende: Dear Misa, I think you are a person with a lot of vitality and an amazing lighting designer.   When I say “Feel free to think freely,”  you always seem to come up with a killer idea, u…

26 February The second “Enjoy Green Lighting” Salon tackled the topic of office lighting, as the Lighting Detectives tried to answer the tough question; What is comfortable, but enjoyable eco office lighting? Research on actual office light…

New things are happening along Singapore’s famous Orchard Road. A new season of lighting is being born. The Bidford Junction, near Takashimaya and Paragon, also the busiest along Orchard Road, became a scramble crossing once every 30 minute…