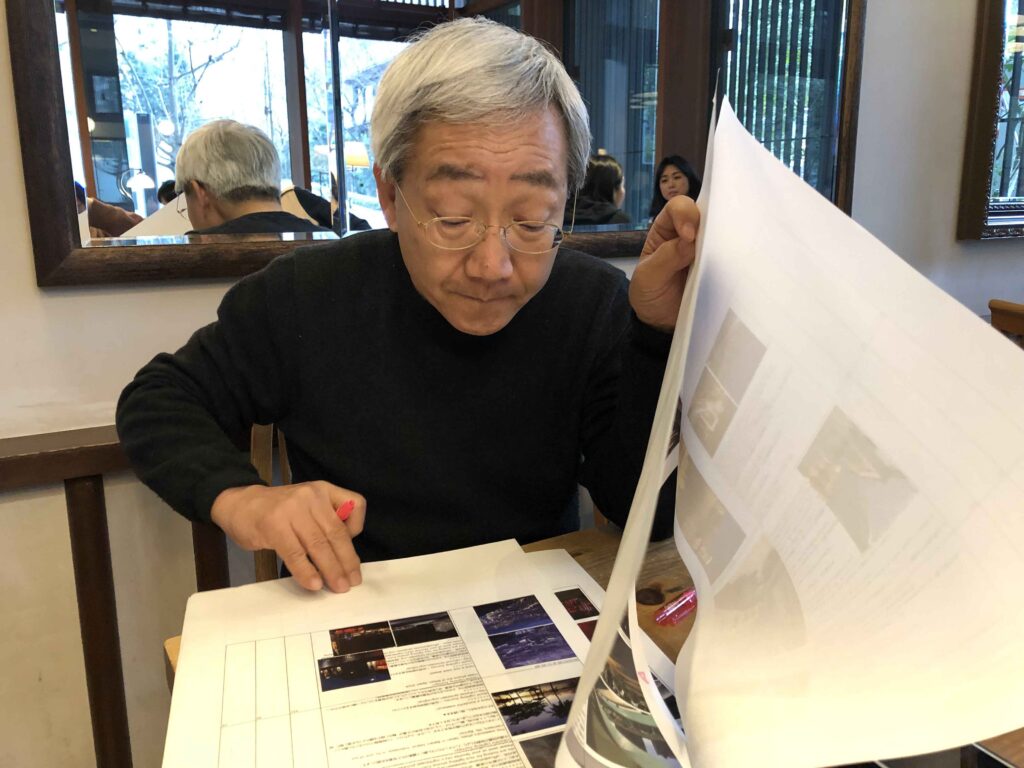 Our Leader Mr. Mende looking back at the posts of the year. 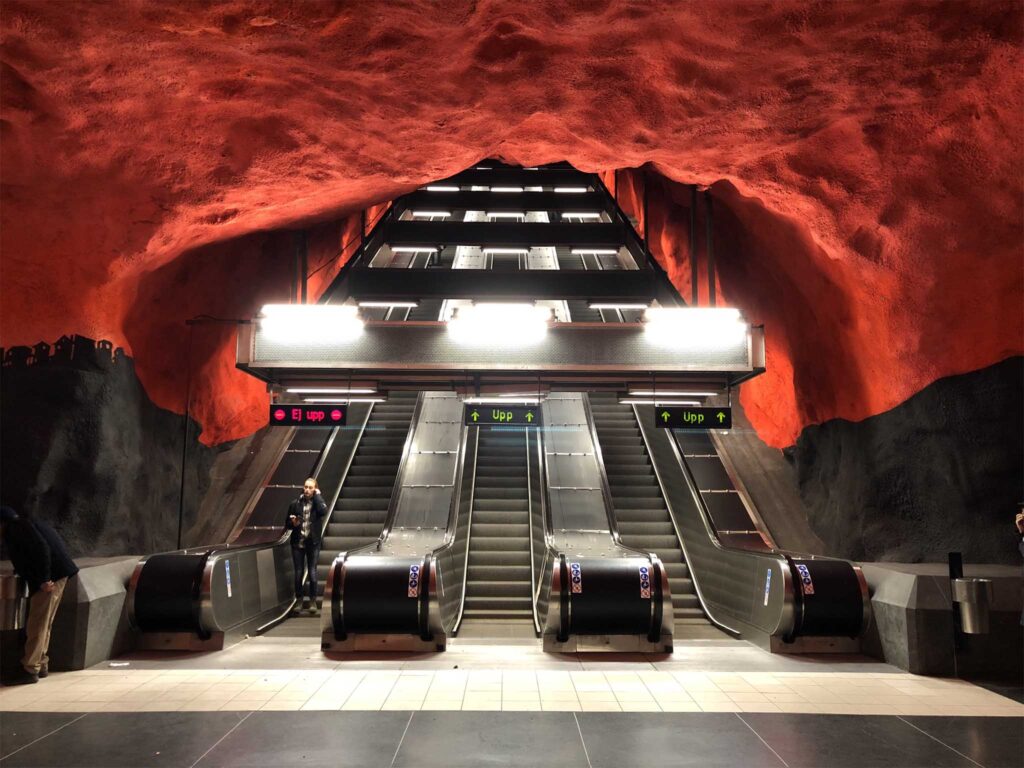 The most reacted image: Stockholm Subway

Mende：So, our conclusion from last year’s World Lighting Journey (WLJ) was “Let’s upload more natural light”, how did everyone react to that?

―It doesn’t seem that posts that featured only natural lighting was that much more popular.

Mende：So then, which photos where more popular? (Looks through the data of our 2019 Facebook postings) I see, it seem that images that show scenes that are rare or haven’t been seen by Japanese seemed to incite a bigger response.

―Mr. Lin’s photo of the subway station in Stockholm and Mr. Hattori’s photos of Italy and the Vatican had the most reactions

Mende：The photo of the subway itself is very impactful, that’s probably why it is capable of garnering such attention. I always enjoy Mr. Hattori’s photos as they always capture how people and lighting interact. 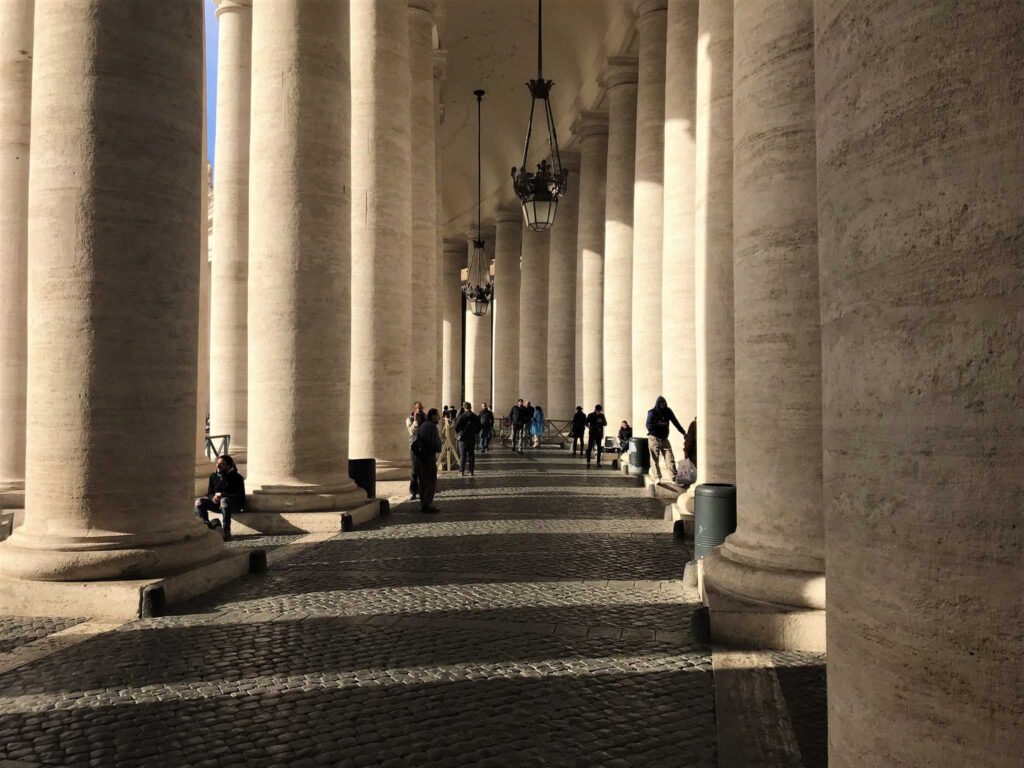 Saint Peter’s Cathedral in Vatican City, The interplay between dynamic light and shadow

Mende：It must have left an impression, because you rarely see places with such strong natural light in Japan. Have you heard of the Italian movie “Miracle in Milan”? There a scene where the light shines upon a plaza from between the clouds and people were moving in and out of the light as if they were actors left a lasting impression on me. This photo reminds me of that.

―Mr. Mende, show us the post that you liked the most!

Mende：I really like the photo from the Water and light installation at the Macau Casino hotel. Photos with people in it really come alive. There is some debate to whether casinos should exists but where there are casinos there comes light as well, so I think they’re heroes (chuckle). Similarly, the West Lake fountain show photo is nice as well. The light from the show itself and the light from the screens where people are trying to take a photo are create a dual layer of light and leaves a lasting impression. 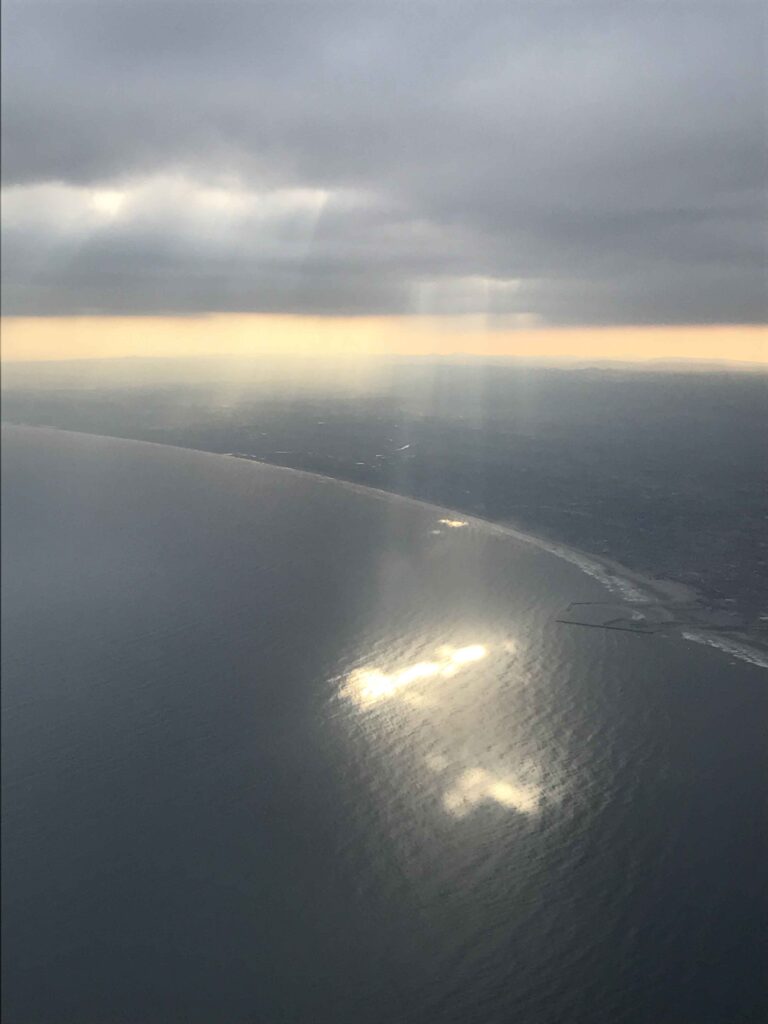 Looking out the window pre-landing at Narita

―Talking about Facebook, their individual user count is going down compared to last year and the year before, while Instagram and Twitter is seeing an increase in users.

―Facebook instigates connections between people who already know each other and my impression of it is that it’s used more to update each other on your current events in your life. On the other hand, Instagram and Twitter doesn’t require you to register your real name and you can search for topics that you like and follow users that you are interested in. It lets you dive deep into your hobbies and interests. Instagram also has a stories feature where you are able to upload photos or videos for a limit of 24 hours. It seems that the light heartedness of the features allows for people to post more.

Mende：Are there any other differences?

―When you’re looking back at past posts of an user, it’s hard to scroll on Facebook, while Instagram displays thumbnails so it’s much easier to gather a ton of information in a short span of time. It’s much easier to look back on our WLJ posts on Instagram than it is on Facebook. Twitter and Instagram also lets you search in accordance to tags on your post and you can look at posts from all around the world related to that tag. For example, you can search for #lighting and you will find many genres of photos related to lighting. 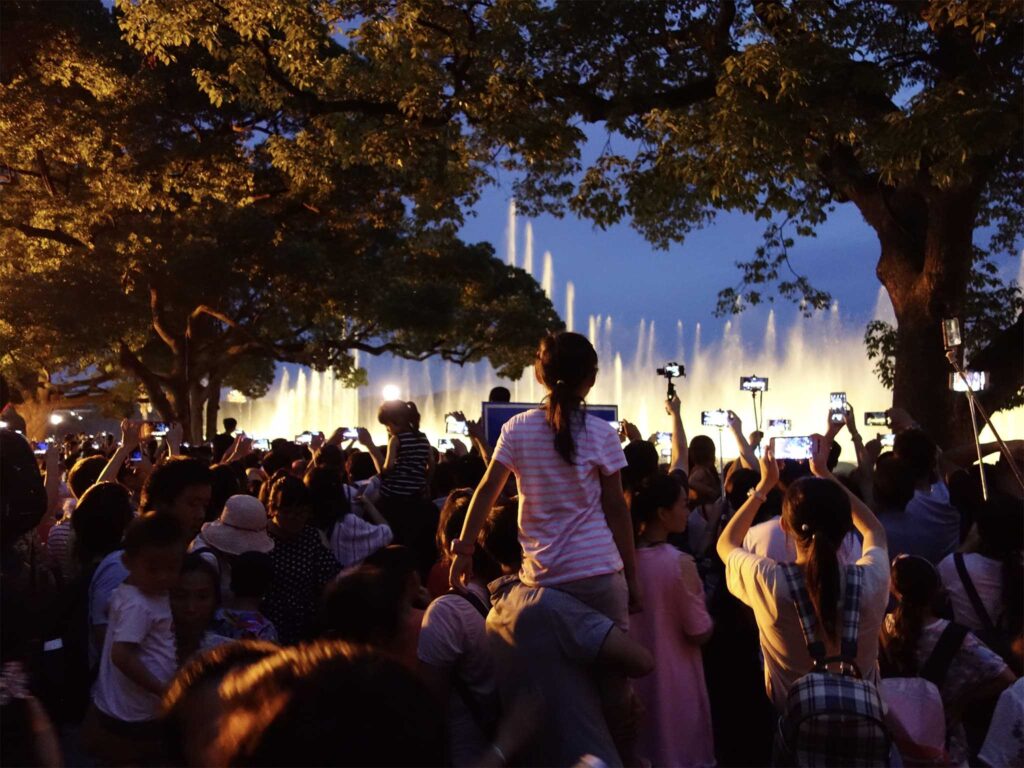 Fountain show in West Lake, China. The view of everyone trying to capture the moment is also very memorable

Mende： I see. It seems Instagram is a better fit for people to get to know WLJ. I want to try a bunch of different things this year. We could do something every week where we decide a theme and ask for photos to be sent to us. For example something like “The most frustrating view of the year” or something of the sort. We don’t normally think to photograph light that we dislike do we? And each person differs on the light that we dislike, so wouldn’t it be fun if we might have findings where people think “Oh, this person dislikes this light huh, I think it’s beautiful”? It also good to write down why you thought to take that photo, however short. As you keep doing that, you nurture your perspective of looking at things and that unique perspective is what is interesting. Let’s make 2020 a year where we challenge ourselves to do a variety of things. (Erina Hosono)

17 October During the year 2008-2009 the Lighting Detectives are hosting a three-part Salon Series focused on “Residential Lighting: Past, Present, and Future.” Part 2 of the series titled: “Is the Incandescent Lamp being Phased Out?” picke…

POPULAR POSTS in Other Activity

RECENT POSTS in Other Activity