As new condominiums keep popping up everywhere, the new area of focus is the Toyosu District. Large-scale commercial facilities and a university campus also complete this “model” for new urban planning. As the cold winds of February blew, we ventured out to see what all the talk was about. 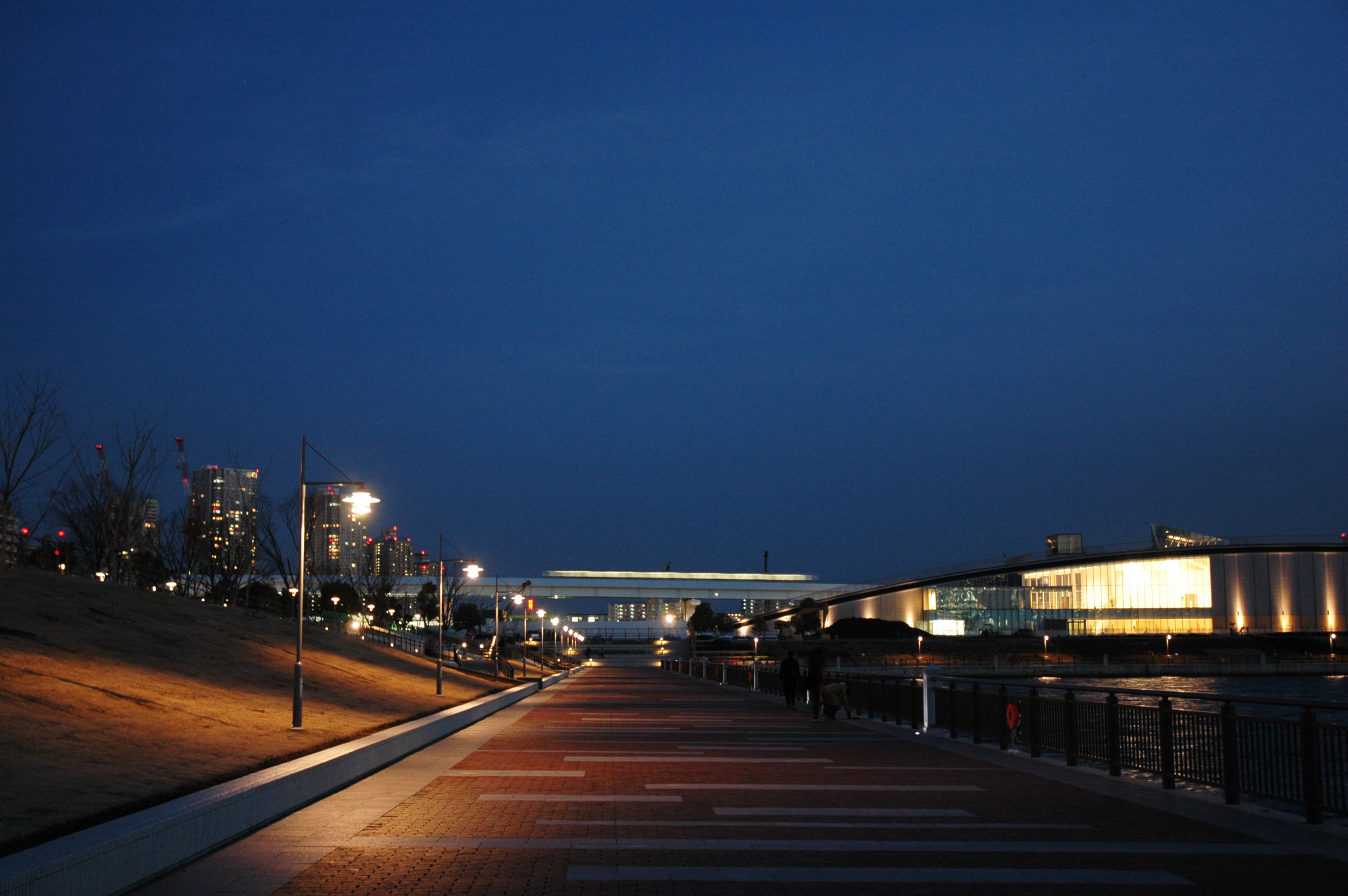 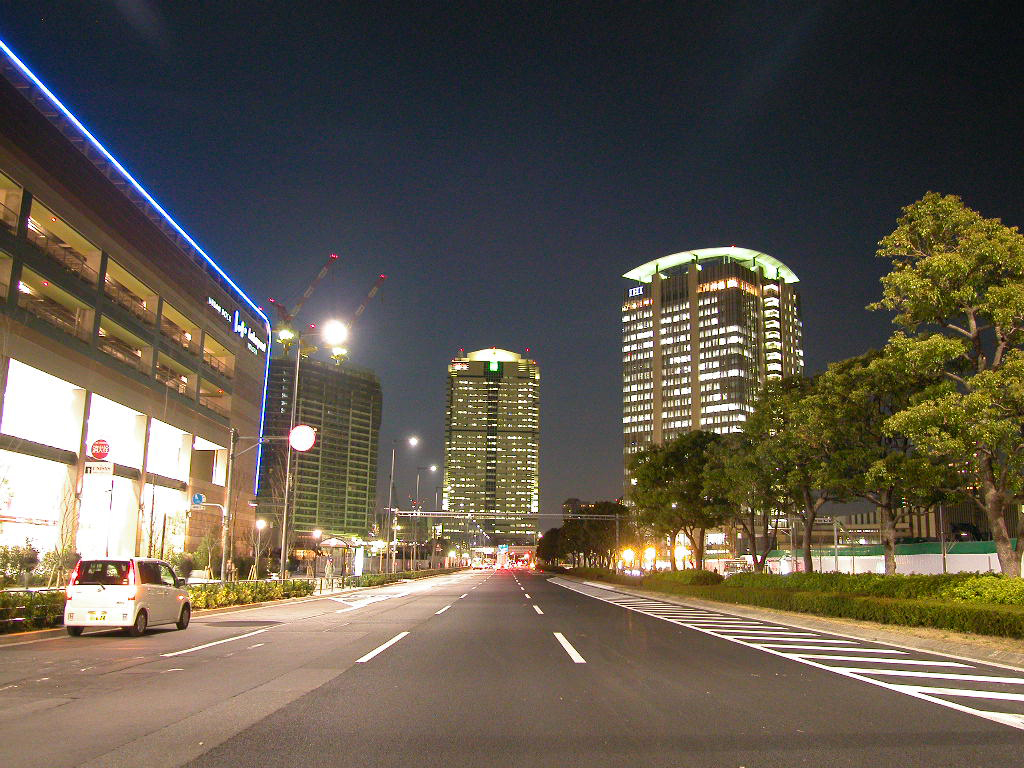 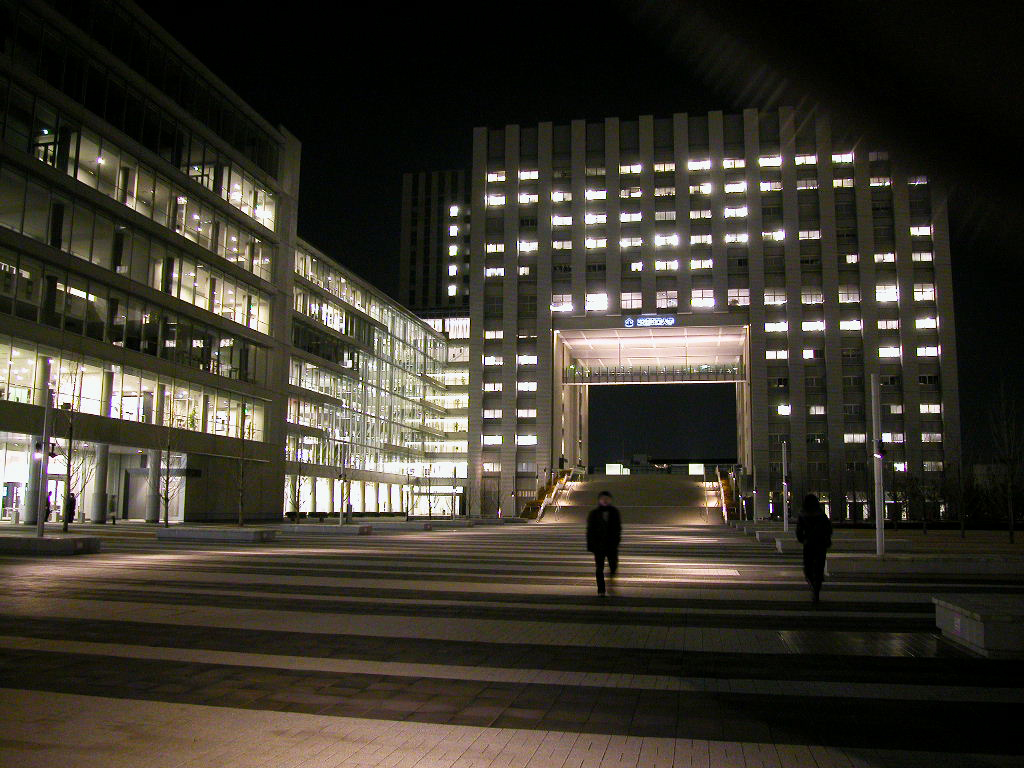 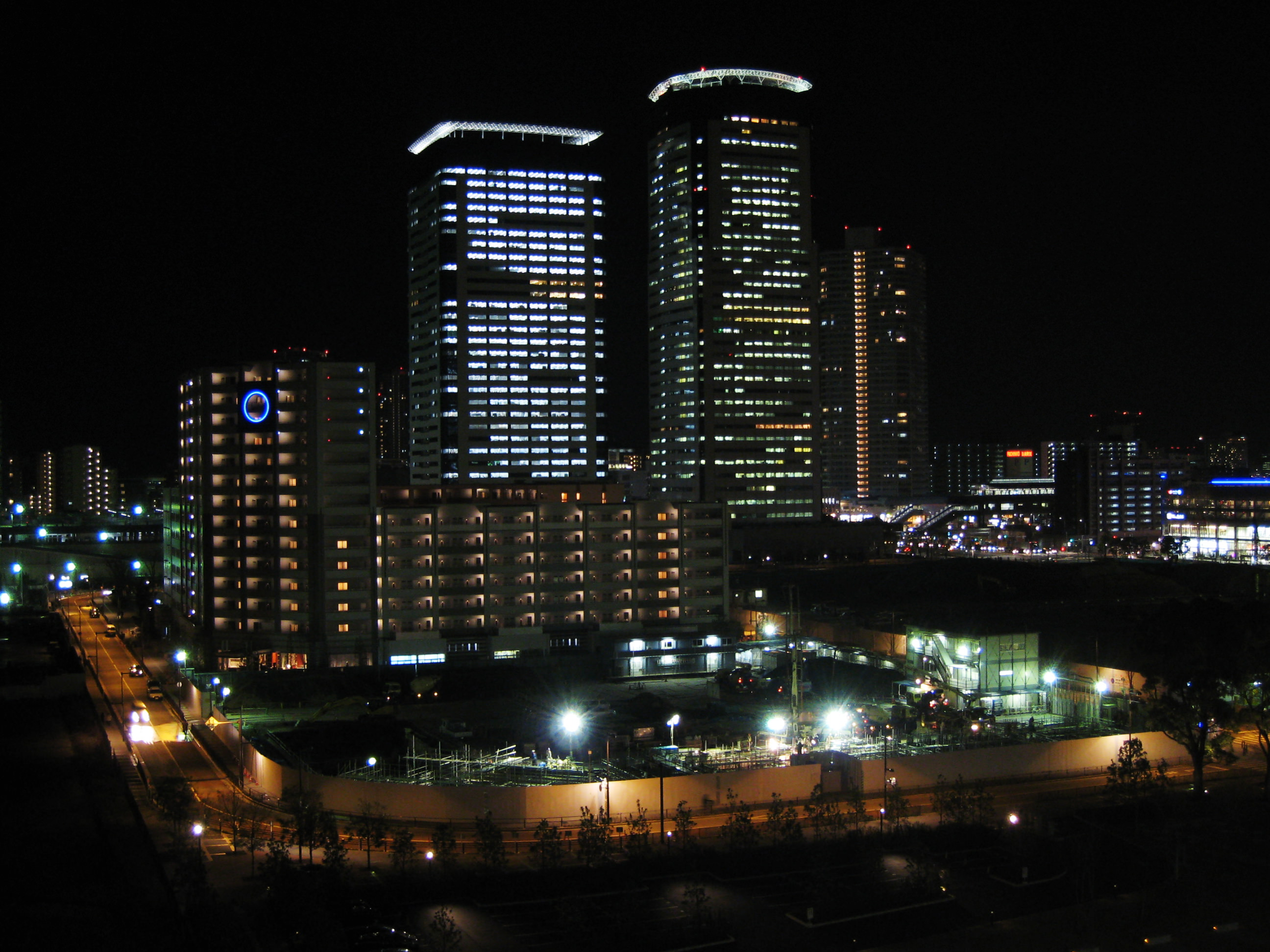 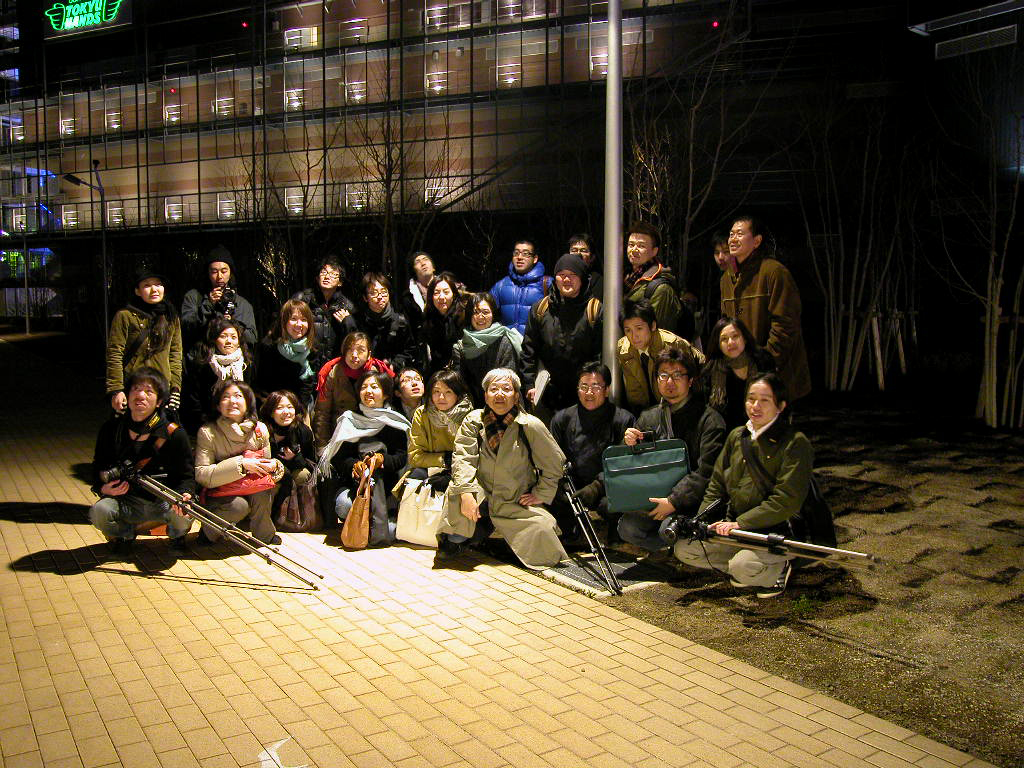 As we began walk from Toyosu Station, we made a conscious effort to focus on street lighting, lighting that is experienced everyday, but largely overlooked. The height and design of the lightpoles, distance between, lamp wattage, and other statistics were digested and an idea of the lighting plan for this area was beginning to form. As we walked along, Chief Mende commented on problems such as glare, which caused members to scribble furiously in their notebooks. At 5:15 pm the street lights came on and we could further see that color temperatures were different according to area, which gave us all something to ponder since this is not a normal planning scheme.

Because of the ongoing redevelopment in the Toyosu area there is quite a bit of open space awaiting construction and gives a clear view of the high-rise offices and condominiums in the area. Many of the buildings under construction only have a minimal amount of lights on at night. All of the extra space and no glaring lights makes of a big wide-open night sky.

Next we moved on to the new Shibaura Institute of Technology campus that opened in 2005. We viewed the campus and surrounding area from the top floor of the Student Union Building.

Toyosu is in the midst of becoming the newest hotspot with various facilities all under construction. Until then the area seems a little bit desolate and without a comfortable lived-in feel, but the elaborateness of the Toyosu urban planning with so many conveniences in such a compact area will creates many exciting future possibilities. Many years down the road after the construction is finished, I hope we can say the same thing about the lighting, a new model for urban light planning..

Beyond the seaside park behind the Lala Port Shopping Center the entire Toyosu area is spread along the water banks. From the left stands the Gas Science Center with the Yurikamome Monorail in the background. After dusk the Gas Science Center is lit internally creating a super volume and appearance, but also with subtle vertical lighting. The lit cars of the elevated monorail speeding through the background of this nightscape was a fresh scene that will probably be hidden in the future as foreground construction along the waterfront continues.

The Harumi Bridge crosses the river directly in front of us with the Rainbow Bridge visible in the background. Harumi Bridge is not illuminated, but could be a spectacular eye catch, something that this waterscape is serious lacking. Although there are luminous objects in the park, the total amount of light compared to the volume of space in the park is not in balance and the park feels unfinished.

This seaside park is a great location to view the Sumida River fireworks and a shame that that might be the only use for it. Hopefully the residence can pull something together in the future to liven up this great seaside area.

Theme: Value of Time for Designers Interviewer: Catherine Wong Catherine：So today our topic is TIME. Mende san, you always travel around to have meetings, lectures, forums and interviews through these years. You must be asked about thousand…

Lighting Survey in Mumbai 2017/10/02-10/07  Mikine Yamamoto + Leon Hitsu  We researched the biggest economic city of India, Mumbai. It is located west coast of India, which was used to call Bombay. This is the second time we researched this…

Mende: Niken, do you like traveling? Niken: Yes, I do. I brought photos that I took from my trips, and we will talk about street lighting. I started to pay more attention to this since I did my thesis. During the time, I surveyed and compar…