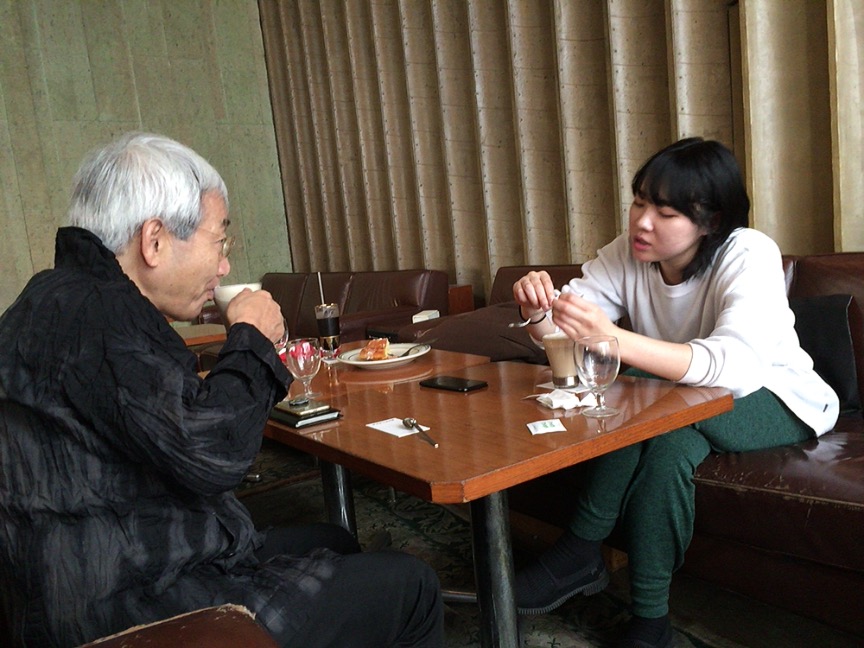 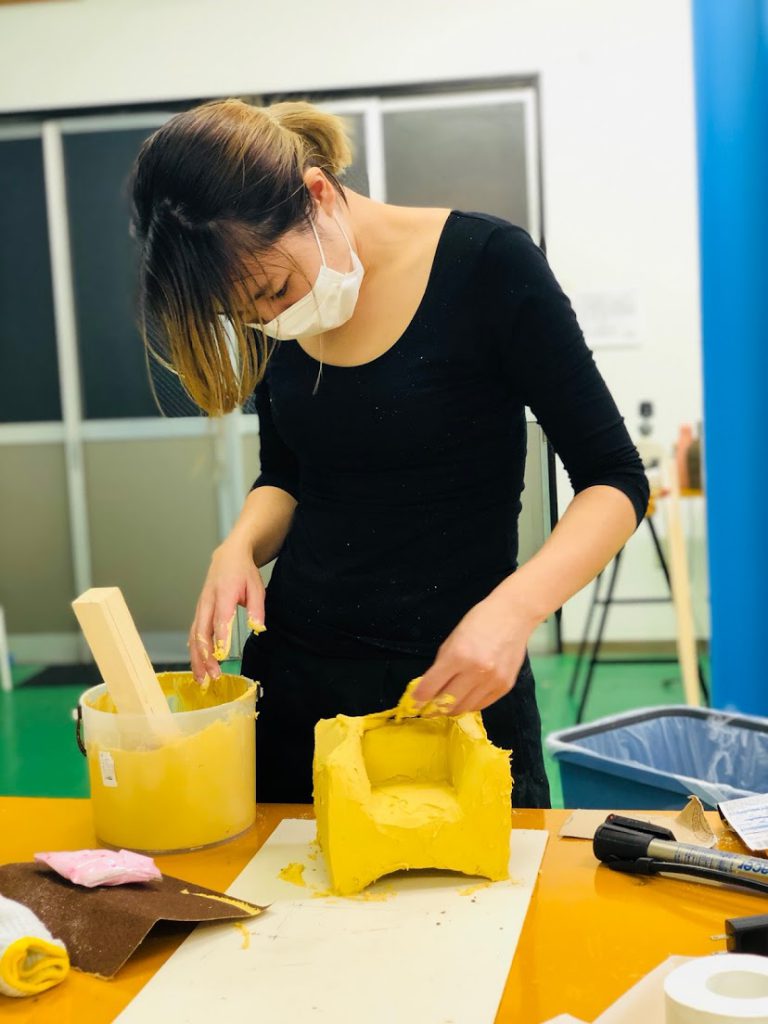 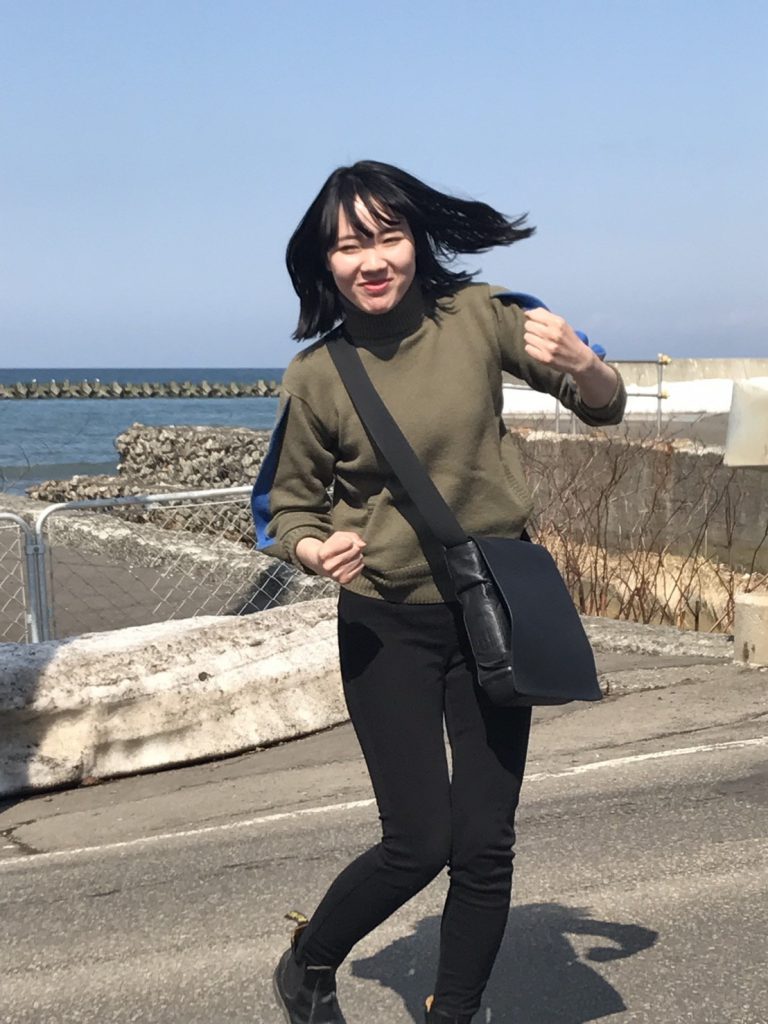 Watanabe：In terms of human interaction, I would like to talk about the generation gap between you and me, today. You and I have a lot in common and sometimes I even feel that our sense of value is similar.

Mende：I think some people intuitively feel the gap in age while others don’t seem to recognize it or can move beyond any age difference. I don’t feel a huge gap between you and I even though there must be more than a 40 year difference.

Watanabe：I like to meet various types of people no matter what their age. I prefer to interact with a wide range of people. What about you?

Mende：In general, I don’t think it is a good idea to arbitrarily interact with people. I think it might be a little offensive to let your guard down as one gets older, but there are different levels of interaction depending on the person. In my generation we would protect ourselves while bashing our opponents. You see it in politics; lovers in private, but it is important they hold their own in public. We randomly meet various people for various reasons, and I can really sense something in those instantaneous moments of contact.

Watanabe：I gain alot of knowledge when talking with various people. It always surprises me to know that all sorts of people exist. For someone like you, who has gained many life experiences, what do you feel when you talk with people of the same age or the younger generations for the first time.?

Mende：When I talk with people who are older than me, even now, I still want to take notes. I taught at the university for 10 years, and of course there were many students who were raised completely different and sensed things differently than me. It is all very interesting to observe. Do you have the opportunity to talk with many older people?

Watanabe： Yes, I talk with many older people, but I have found that those younger than me seem to be doing so much and have so much energy. It is anyways very stimulating.

Mende：How about talking with your peers? Do you find it boring?

Watanabe： Sometimes. I don’t find the conversation very interesting if it leans too much towards either a serious discussion or bantering. I find that those that are labeled delinquent have interesting stories to tell and have learned valuable lessons from their bad experiences. In general I don’t really have any bias. If an opportunity arises, I think it is important to tyring anything. I want to decide if something is good or bad after I have tried it.

Mende：I think there are more people now that don’t see things in black or white.

Watanabe： I don’t want to become someone who is always reading betweens the lines and reading into every situation. Since I started working this year, this feeling has grown even stronger.

Mende：You are growing up! I might have to rethink my “rules” for addressing you! Many young people don’t want to be reprimanded or lectured to, but want to be praised all the time. I am always being told, “Mr. Mende, don’t get mad and scold me, encourage me through praise.” I am always amazed, but this is how they really feel.

Watanabe：I feel there are lessons to be learned when being reprimanded, but it feels good to be complimented. I am thankful for the lessons I learned from my parents. My home environment was pretty radical. I think sometimes my parent’s authority and unreasonableness was necessary.

Mende：It is a happy thing to be thankful for your parents. I think many kids are not so grateful for the way they were raised. Both of my parents worked. I respect them as hard workers and think they are amazing.

Watanabe：I once had a really good friend and when I was betrayed by that friend it hurt really bad. So I find having casual relationships with many people is much more interesting. Once I participated in a driving camp to get my driver’s license. I made friends with just about everyone at the camp, but when I came back to Tokyo I didn’t keep in touch with anyone. I randomly bumped into one guy on the street from the driving camp and we took a short drive together. When we parted ways I said “see you again,” but he responded, “I don`t think we will see each other again.” This is actually a really good memory. There are good ways and bad ways to part.

Mende： I have experienced lots and lots of despair, but to avoid dejection when you are hurt by someone, it is a good idea to not get your hopes up and become emotionally attached. When I was younger I went on many solo trips. I don’t have any bad memories, but I didn’t meet people irresponsibly or dishonestly. We didn’t exchange names or addresses. It was just a moment and then we parted.

Watanabe：Yes. Maybe it is not the difference in years, but how we interact with someone that creates a gap. This interaction is the connection to forming human relations.

The first time I met Ingo Maurer was 20, maybe 25 years ago, I`m not quite certain, but I do remember that it was he who contacted me for a meeting. At that time I had ran a very successful essay, “ Poetic Sentiment and High Tech” in the ma…

Georgetown is a town with a very colonial atmosphere. The entire city still has many surviving historical landmarks from its period of British rule and a collective colonial feel to its cityscape. However, it is very different then the beau…

Lighting Survey：Kagoshima 2017/10/25-10/27  Shunichi Ikeda + Yuri Araki Kagoshima city is a city which its urban area is integrated with nature and magnificent scenery, and it is also a tourist attraction that is represented by Sakurajima. …

Theme『Working your way up』 Interviewer: Masafumi Yamamoto Yamamoto Masa：Today I would like to talk about working your way up the professional ladder As a student one is still in a position of have one’s ideas and opinions heard, now a…