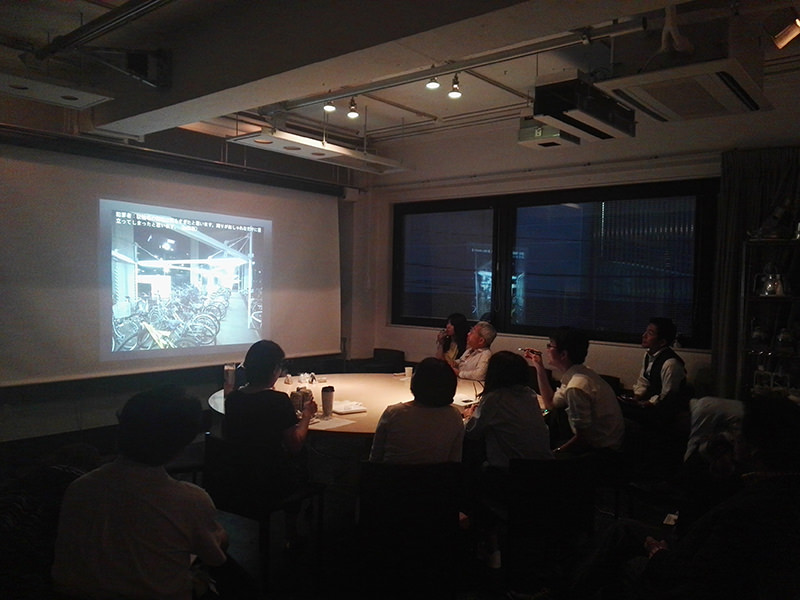 We held a review on the city walk in Tsukuba Express Area. Did we find to our answer to the key thesis, “The last developed major railway in the capital region, Tsukuba Express – The lighting for the development of railway line succeeded?”

We held city walk in Tsukuba Express Area on May. 15 members joined. It was not many, but we could have deep discussion.
We had four groups, which walked the following four areas. Kashiwanoha-campus Station, Yashio, Nagareyama-ōtakanomori, Kitasenju. Some members commented it was difficult to find Heroes.

The railway line area and its surrounding areas are being developed since EX was opened on 2005.
The access from Tokyo to Tsukuba got to be convenient. Along the railway development, new shopping malls and high-rise apartments have been developed as well. However, lighting planning has a lot of problems.
We found very glare lights which were wasting energy. On the other hands, we found some areas, where there were not enough light for necessary points, were very dark.
New apartment lighting looked designed well, but parks were too bright or too dark and not conformable. It seemed there were no guideline of lighting for commercial buildings, and we didn’t see unity among the buildings as one town.
It was appreciated that light poles around the stations were suitable color temperature and brightness.
As our answer to the key thesis, we concluded the light environment of the towns was not good because there was no guideline.
We thought city walk which we compare some stations was very interesting way, that we could learn a lot of things in a short time. We would like to have this kind of city walk in the future as well.
We usually have a casual review at gathering at a restaurant after the city walk. And we have a presentation of what we summarize our comments and ideas on what we found. At every salons, we have interesting presentations with power point, but only a few pages can be shown in the reports. We would like to show you the presentation documents in Lighting Detectives web site.
(Noriko Higashi) 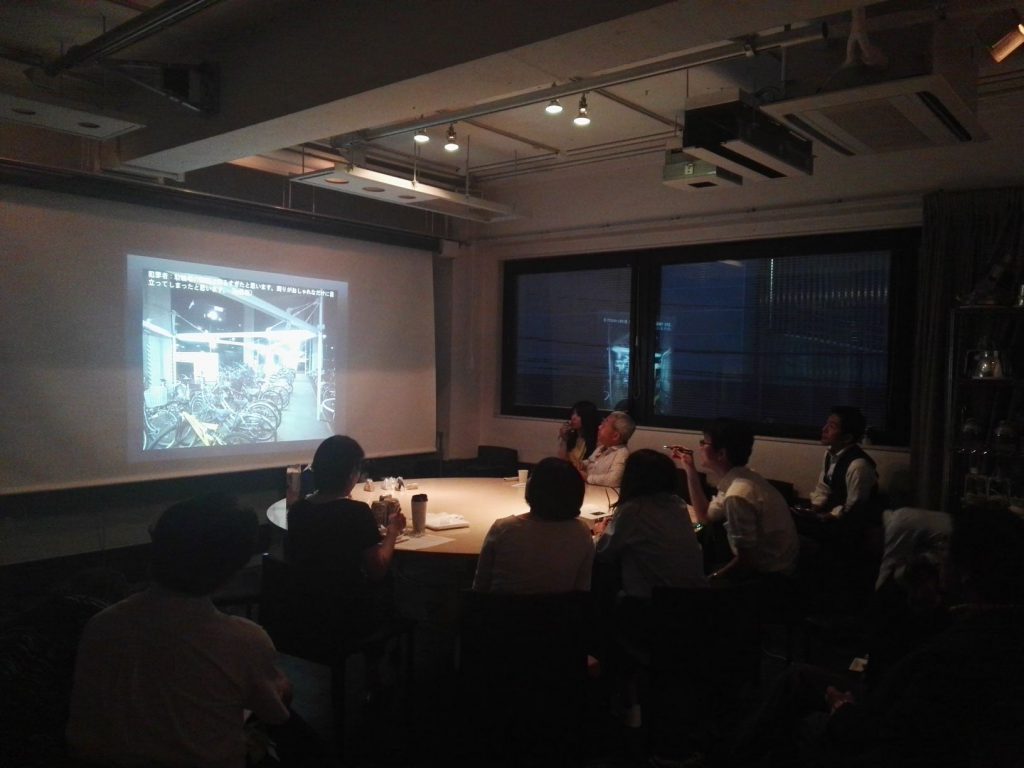 The group leaders presented the summaries 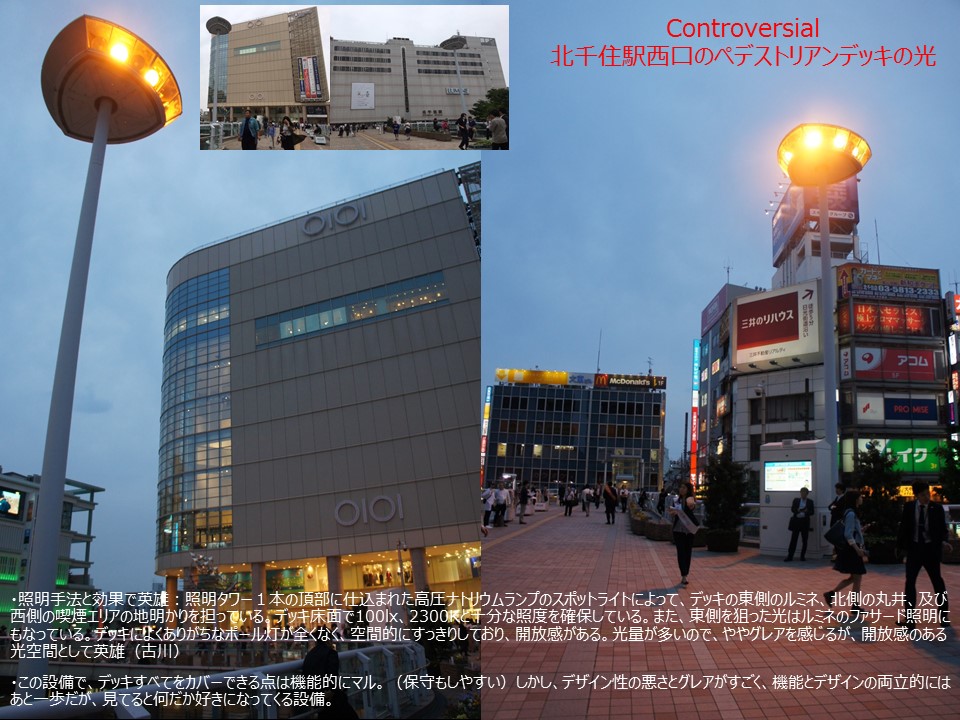 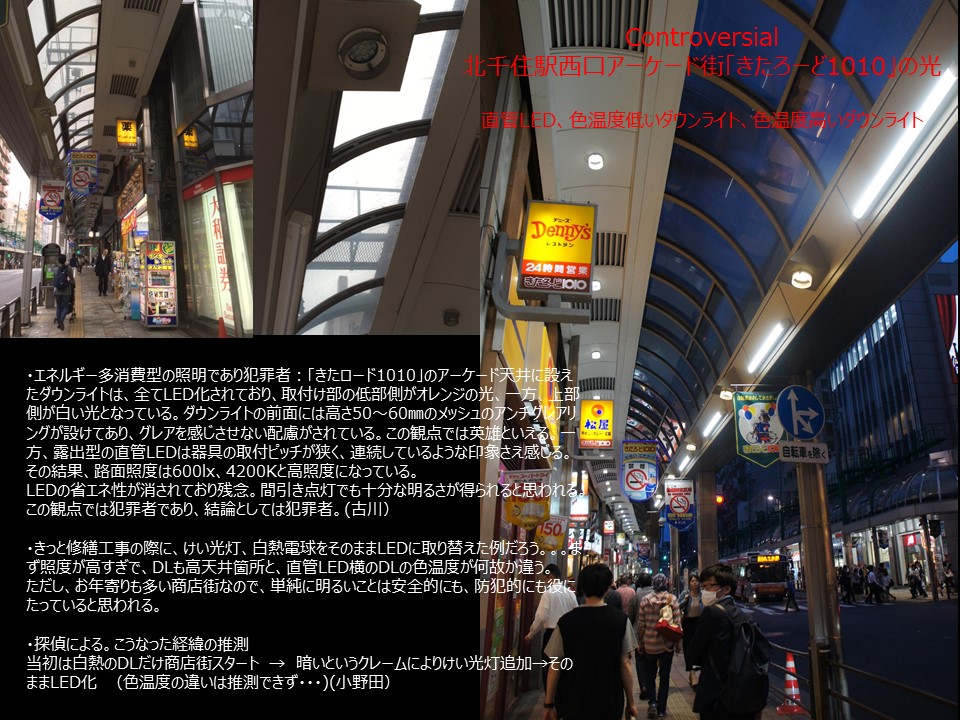 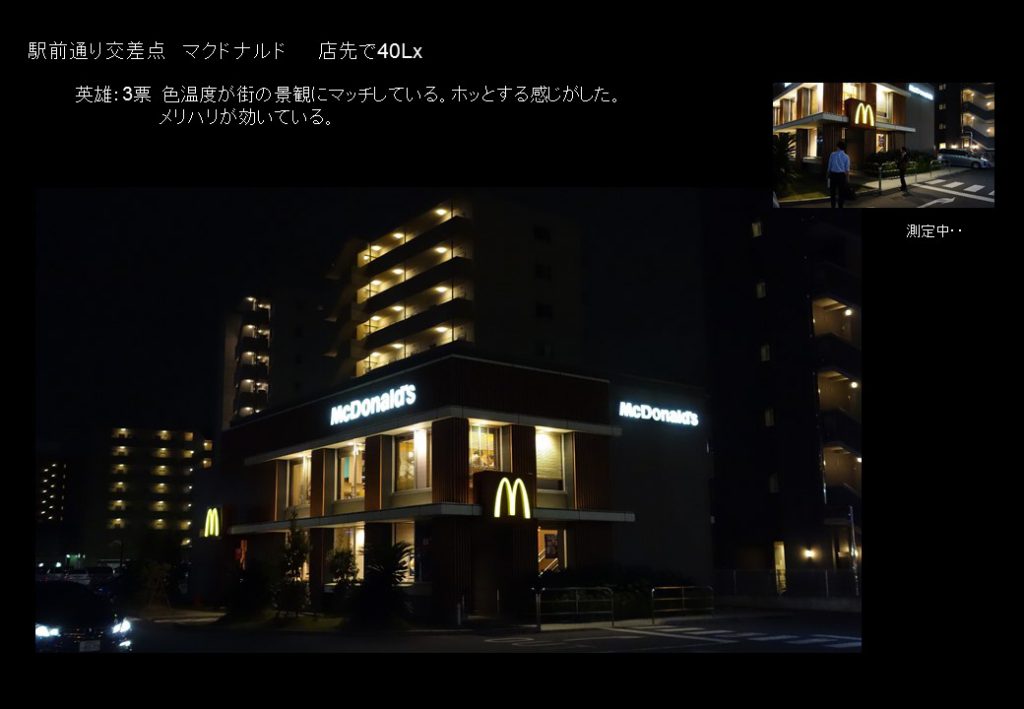 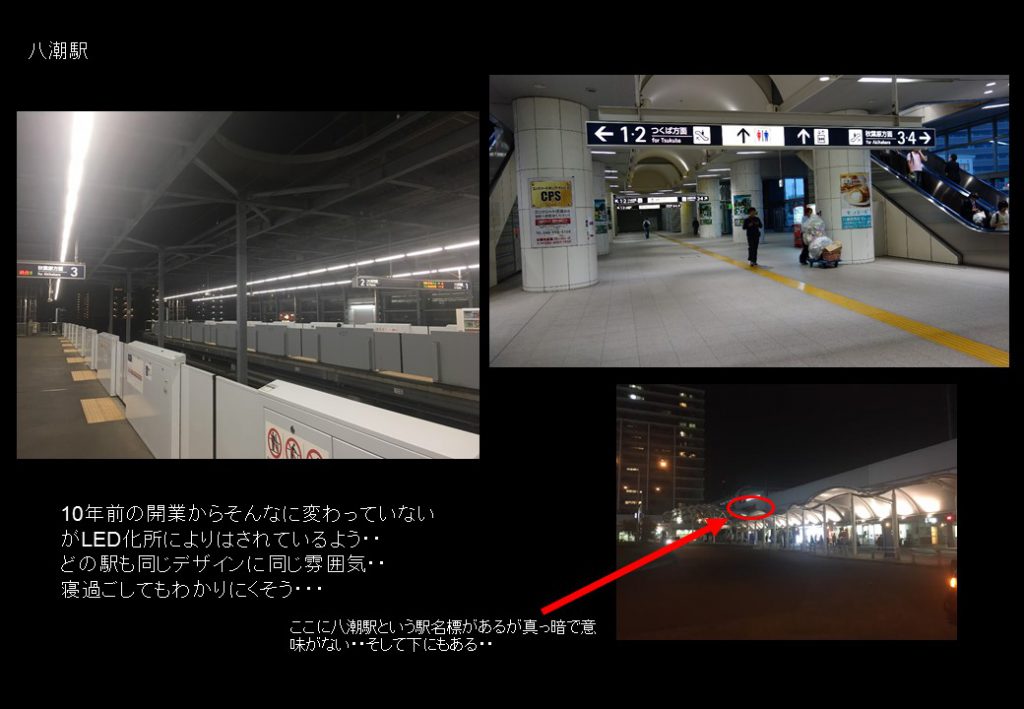 The station lighting was commented that there were many points to be improved. 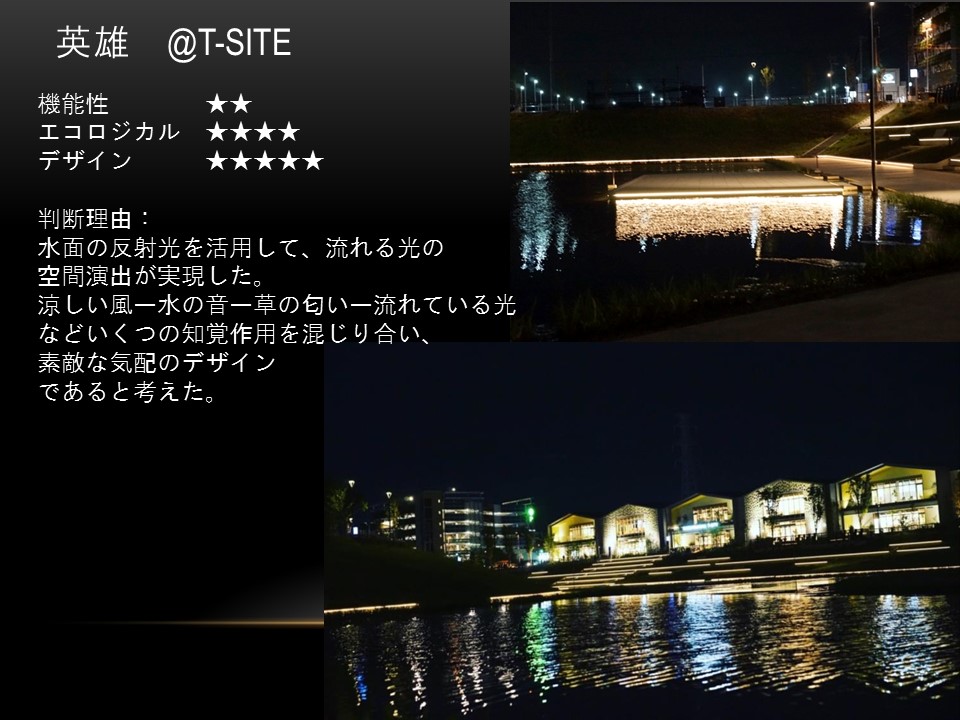