Located in the upstream of Yang Tze Basin, Chong Qing serves as one of the manufacturing, transportation and commercial hub of China. Caught within rapid infrastructure changes, this survey seeks to uncover the methods for Architectural and Lighting preservation efforts to reflect the ancient Clement Lee + Iwata Masahiro traditions from the dynasties. 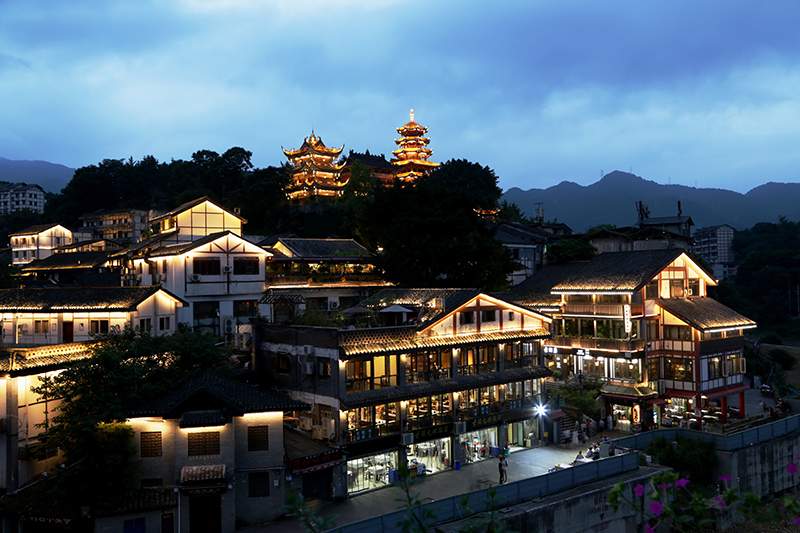 Chongqing is a technologically advanced city situated in the mountains of southwest China. With a rich history of being a major economic hub, Chong Qing was propelled to earn a place in the top 13 megalopolises of China. With the theme of understanding and exploring the cultural traditions of Chong Qing, we set out to discover its customs and efforts to preserve the rich traditions which create the unique character that separates this Sze Chuan-influenced province from the other major cities of China.
We began at the heart of the city: the old district of Ci Qi Kou. This old town is currently filled with shops sells goods and traditional food of the old Chongqing. A modernized trading hub that reflects the bustling old port to trade porcelain along the Yangtze River. It was a commercial hub for pioneers back in the Ming and Qing Dynasty(1368 -1911). Teahouses and traditional
theatres dominate the streets alongside the spicy yet tantalizing smell of Mala-hotpot, spices and barbequed meat during the day. 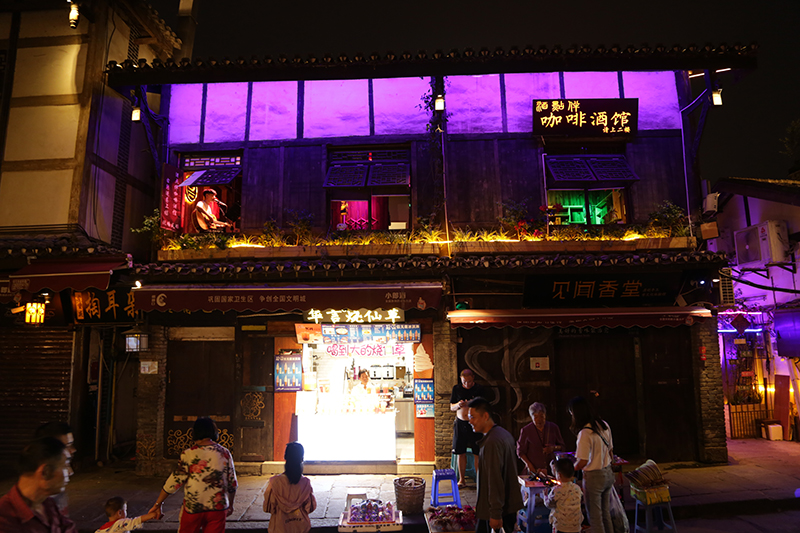 Traditional Tea Houses in the Day transforms into evening Bars 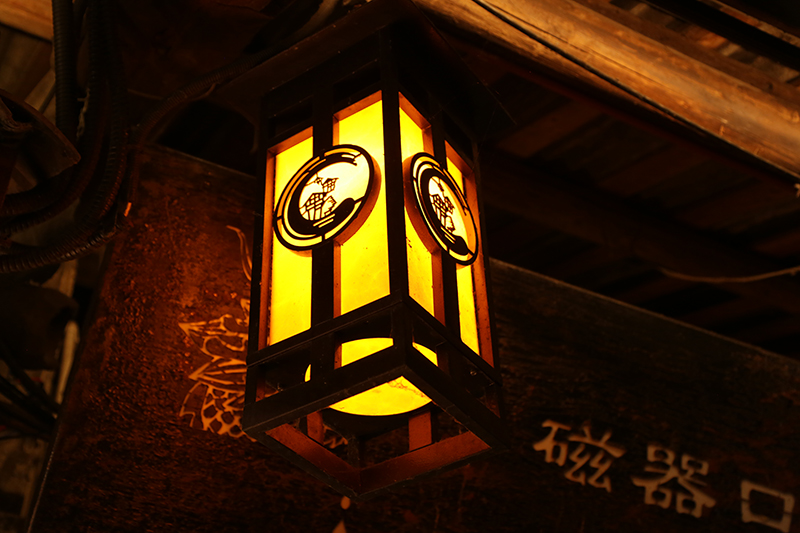 Close up Custom “fire” Lantern bearing the Logo of Ci Qi Kou
We headed into the oldest theatre to understand the rich history of Chinese cultural arts and the formula of balancing the two forms of expressions: Preservation vs modernization.
The theatre’s interior and atmosphere holds similarity to the old teahouses of ancient China where round tables are arranged alternately between rows giving unobstructed views to the stage. Stage lightings are well hidden behind the old architecture structures allowing a glare-free visual experience. We were both thrilled at the thoughtfulness behind this lighting arrangement
and comfortably lit tables around the stage.
Colour-coordinated handcrafted lanterns along every walkway indicate the trails that provide wayfinding around the theatre’s premises.
However, the atmosphere takes a dramatic twist once nightfall, the traditional teahouses transform into modern bars.
Lanterns light up the street like ancient traditional street lanterns used in the Han dynasty. The street-level still maintains the same concept of the past where these lanterns were the only public lighting for the street where bars are absent, providing an authentic historic experience.
The traditional lanterns complement the street’s modern character alongside the bars’ neon lights, creating a seemingly poetic sense of coexistence with its roots. Linear lights highlight the facade of the shophouses and showcase the history and architectural elements that withstood years of re-purposing.
We left the district after understanding its cohesive planning to retain traditions yet rebranding the spirit of merchant-trading in these modern changing times. 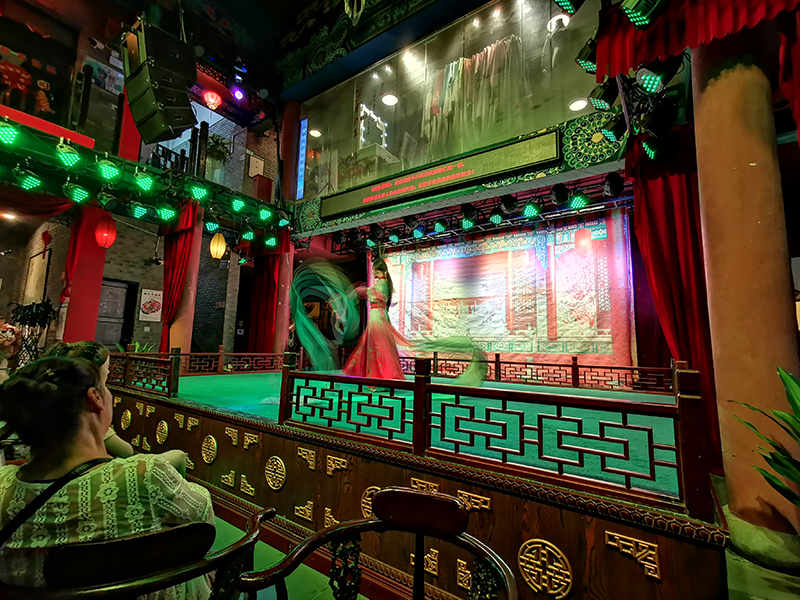 After understanding China’s efforts to preserve such lighting methods in the strive for progress, a trip to the new residential district was done to survey and document changes that were applied. 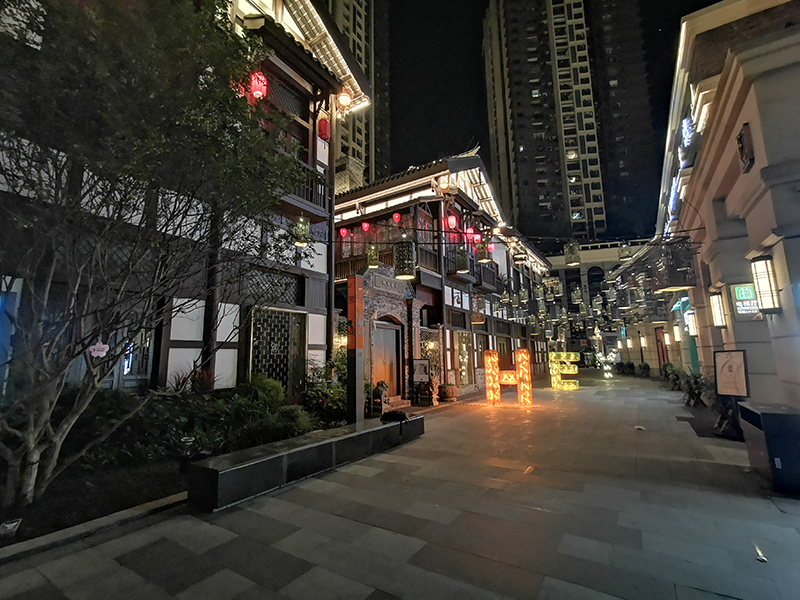 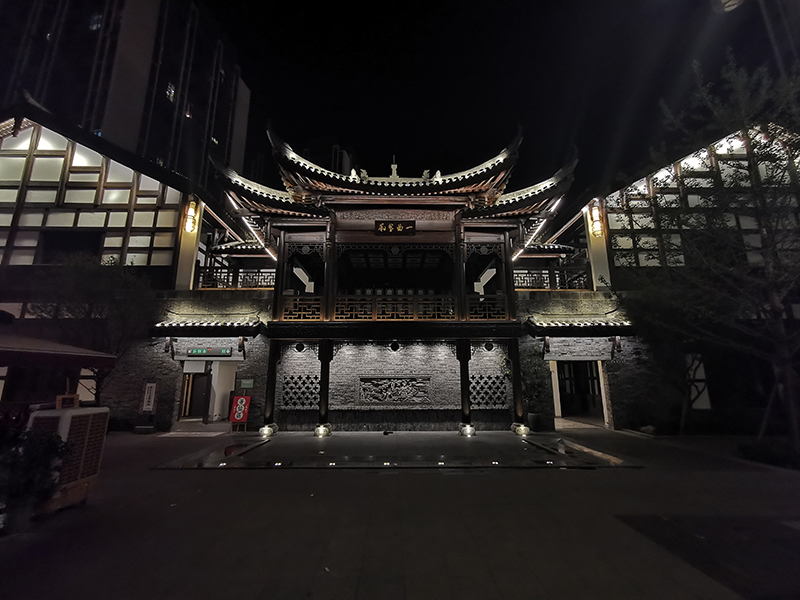 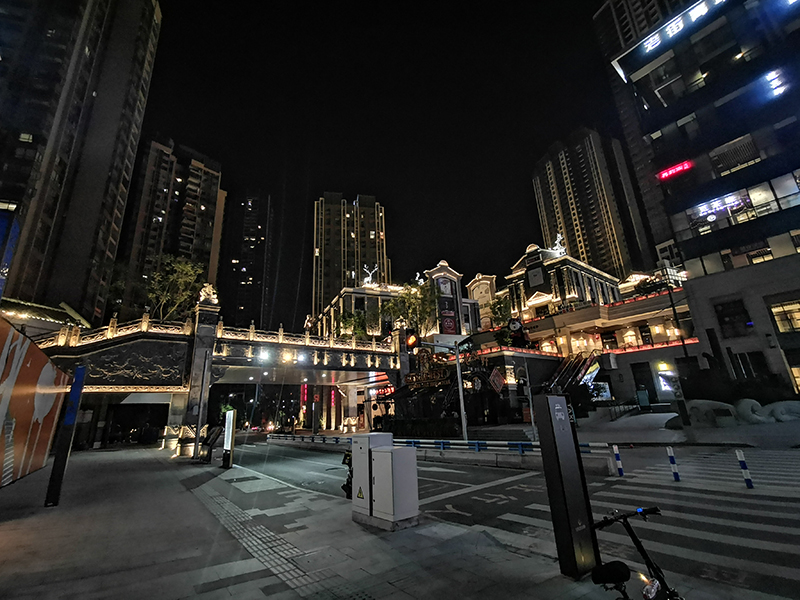 The downtown district of Tan Zhi Shi is a new mixed self-sufficient entertainment hub, complete with daily facilities resembling a miniature city. This district uses the same architectural typology of the old towns with the same lighting methods to create a strong

I feel that both areas are built on similar concepts and foundation to preserve and showcase the history of chinese architectural elements and materials. The tourist-packed Ci Qi Kou co- xists with its historical past using “Fire Lanterns” that line the street level facade and roof hightlights upon nightfall.
Tan Zhi Shi ‘s consumer profile targets the other end of the spectrum; locals. Lighting in this Special Festive design lights illuminating road with landmarks Street Stores using spiral E27 bulbs with red lamp shades Downtown old residential district of the locals Glaring ambient lighting for the icon of this district – The Reindeer contrast. Tan Zhi Shi ‘s shopping directory is dominated with trendy retail outlets and budding cafes and its main audience is of the younger generation. Located on the opposite shore of the Jiefangbei, it serves as one of the many
oasis that surrounds the Jiefangbei district, distinctly filled with locals. Lighting fixtures found within the street levels are more decorative; such as sculpture and catenary lighting to
cater to younger visitors that frequent this area.
However, on the roof facade level, architectural linear lights are being used to outline the Chinese architecture elements. The further survey also reveals the upmarket character of this district from the finishes and wall textures found on the facade and street level. Catenary lighting that was hanging zig-zag across the width of the streets are custom-fabricated with district-related icons and motifs that complements the rare earth stones used on the facade. Culture and vibe in this district appear to be more casual compared to the main tourist area as the main plaza is filled with the younger generation, practicing dance choreography throughout the evening. Linear facade lights were eventually dimmed down and other lights are switched off past the midnight, unlike the tourist-heavy districts. 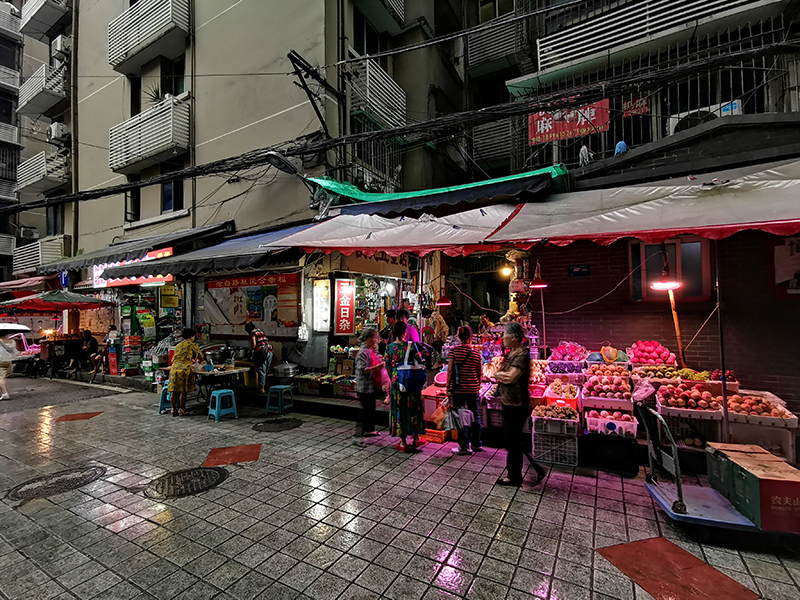 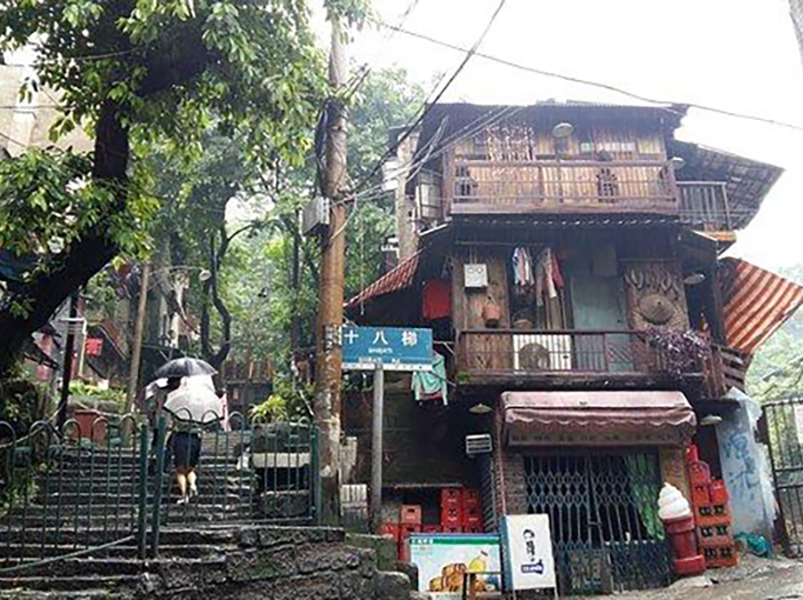 Night Walk @Singapore Botanic Gardens Landscape and Parks 2018/10/11 Mayumi Banno＋Sunyoung Hwang ri Goh Two walks in the month of October with professionals from the landscape and lighting industry. One in the real nature and the other in t…

2014.02.01-02.11 Kanon Hujimoto + Mayumi Banno Italy is an irresistible destination to travellers from all over the world, including the Lighting Detectives. We toured three big cities, Rome, Milan, and Firenze, and two smaller cities, Berg…