The lighting event Akiu Lumina was held in the Akiu Hot Spring area of Sendai, Miyagi Prefecture from November 14-23, 2020.  Lighting Detectives was invited to the event to conduct a light up workshop. 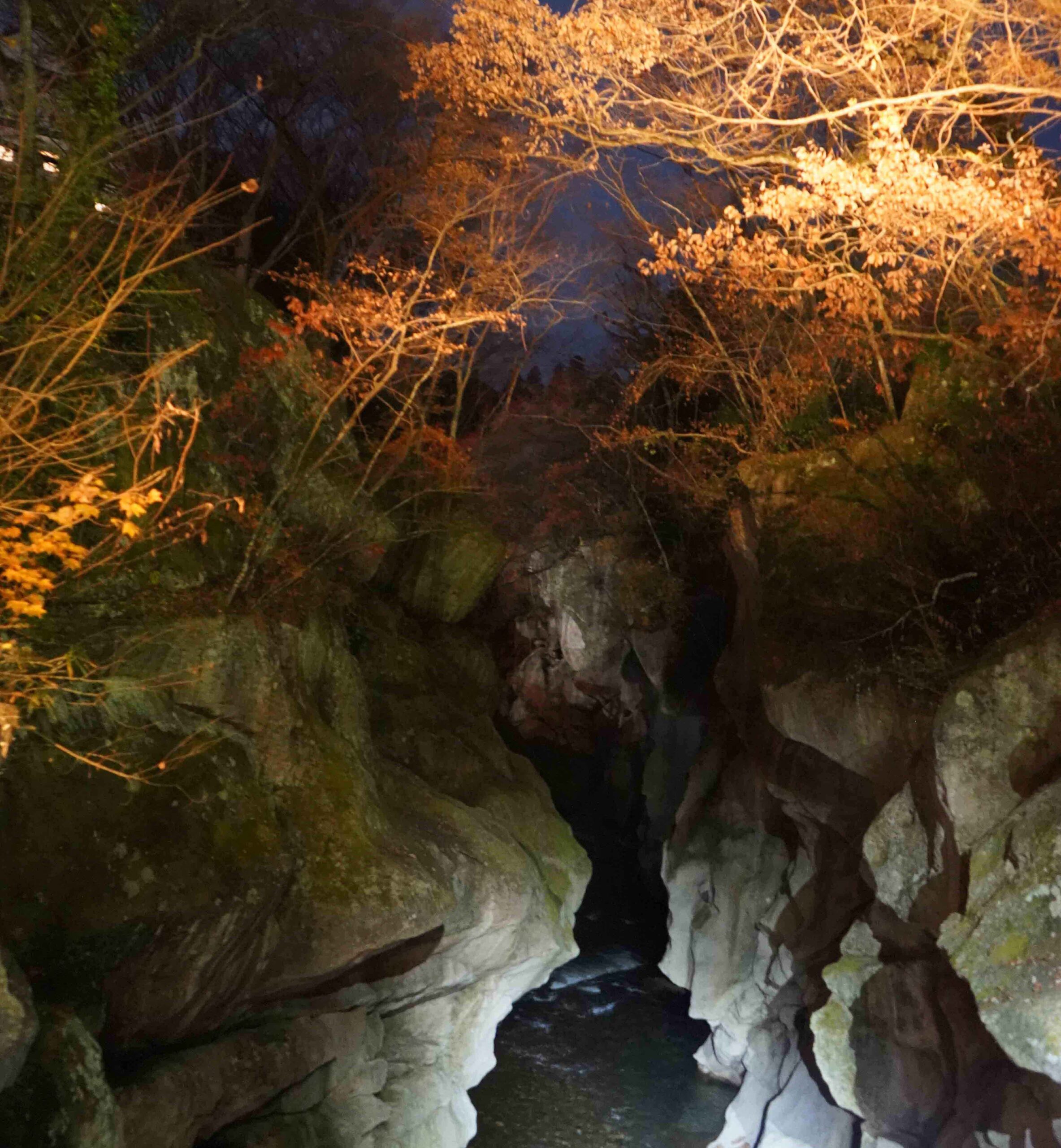 Light up at Rairaikyo gorge. The dark and gloomy canyon reveals itself by the light up. 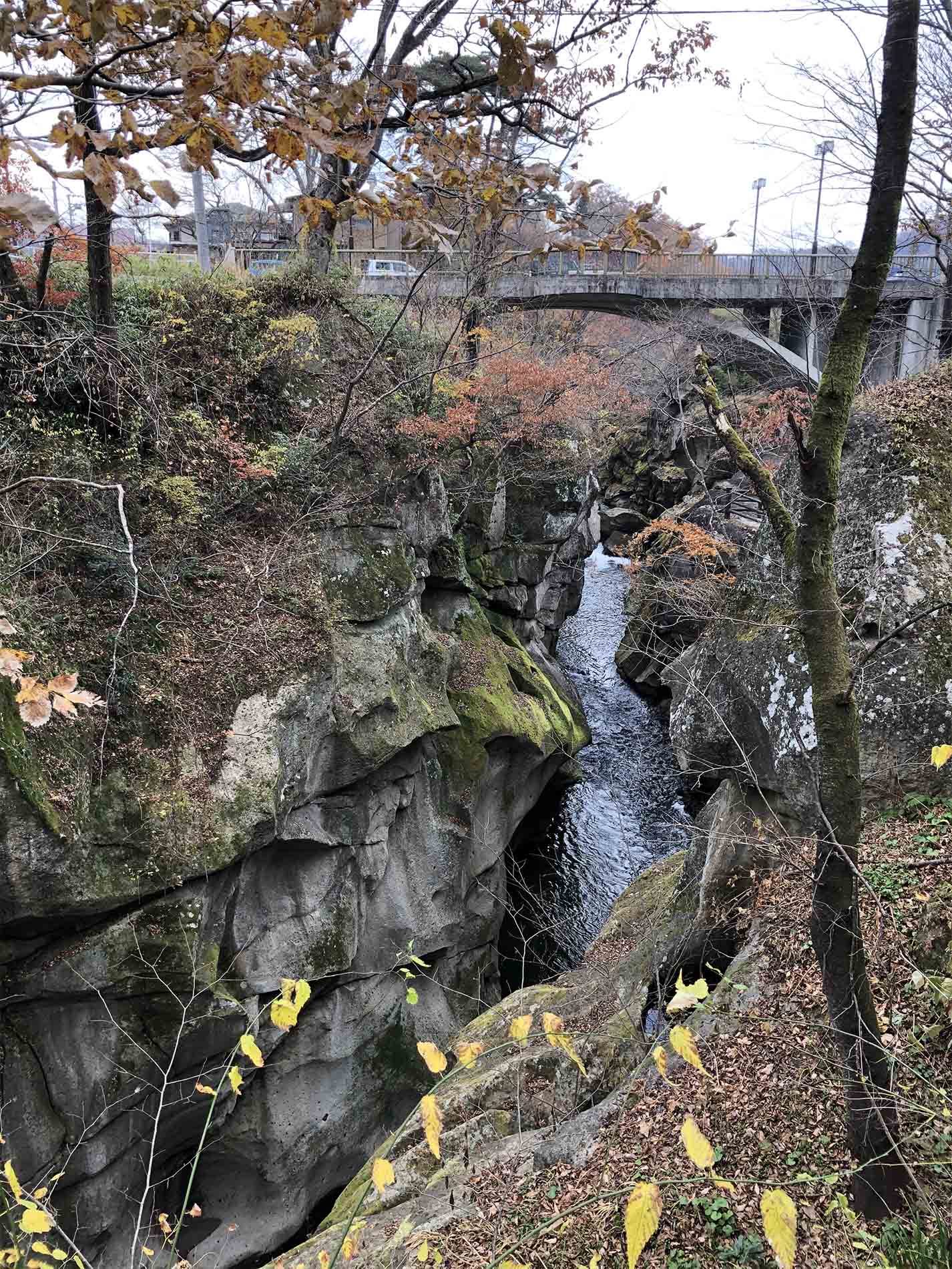 During the day we inspected Rairaikyo gorge near Akiu Hot Springs.  Akiu used to be a quarry and the enormous rocks in the gorge are spectacular.   The leaves were also just starting to turn fall colors, creating the perfect location for a workshop at dusk.

About 30 people, including local artists, hotel workers, and shopkeepers, gathered to start the workshop. After an introduction of the lighting detectives and a lecture on the importance of nightscape in the city, we headed into the canyon with flashlights and color filters. When we illuminated the rocks from the bridge called “Megane-bashi (glasses bridge),” the water and the canyon, which had been submerged in darkness, came to the surface. The participants were amazed at the way the water looked different depending on the angle of the flashlight. We went down to a spot near the water and used a color filter to illuminate the rocks. They were also surprised to find that some of the colors came out exactly as the filter indicated, while others did not. 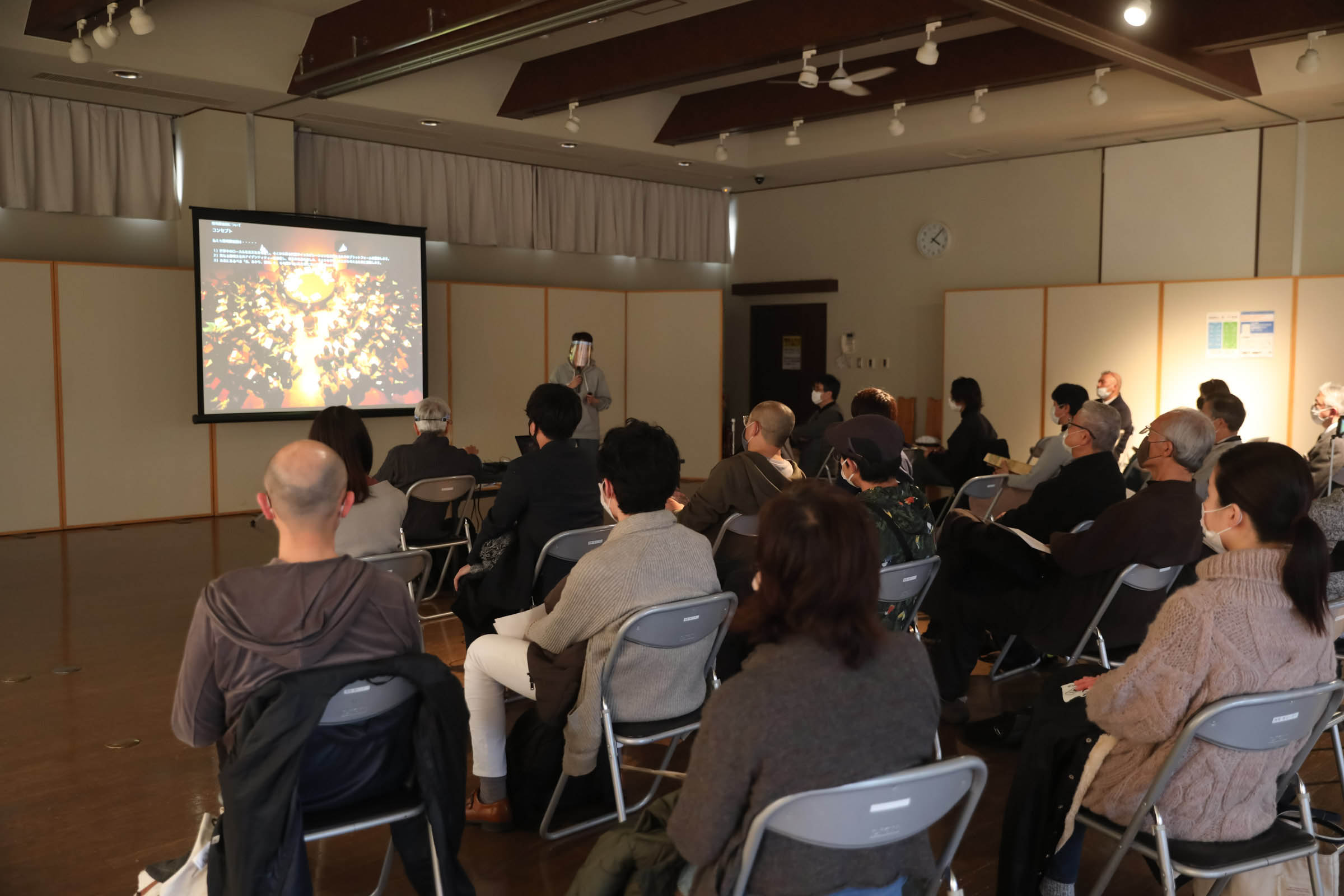 Explanation of the Lighting  detectives and lecture on the importance of nightscape. 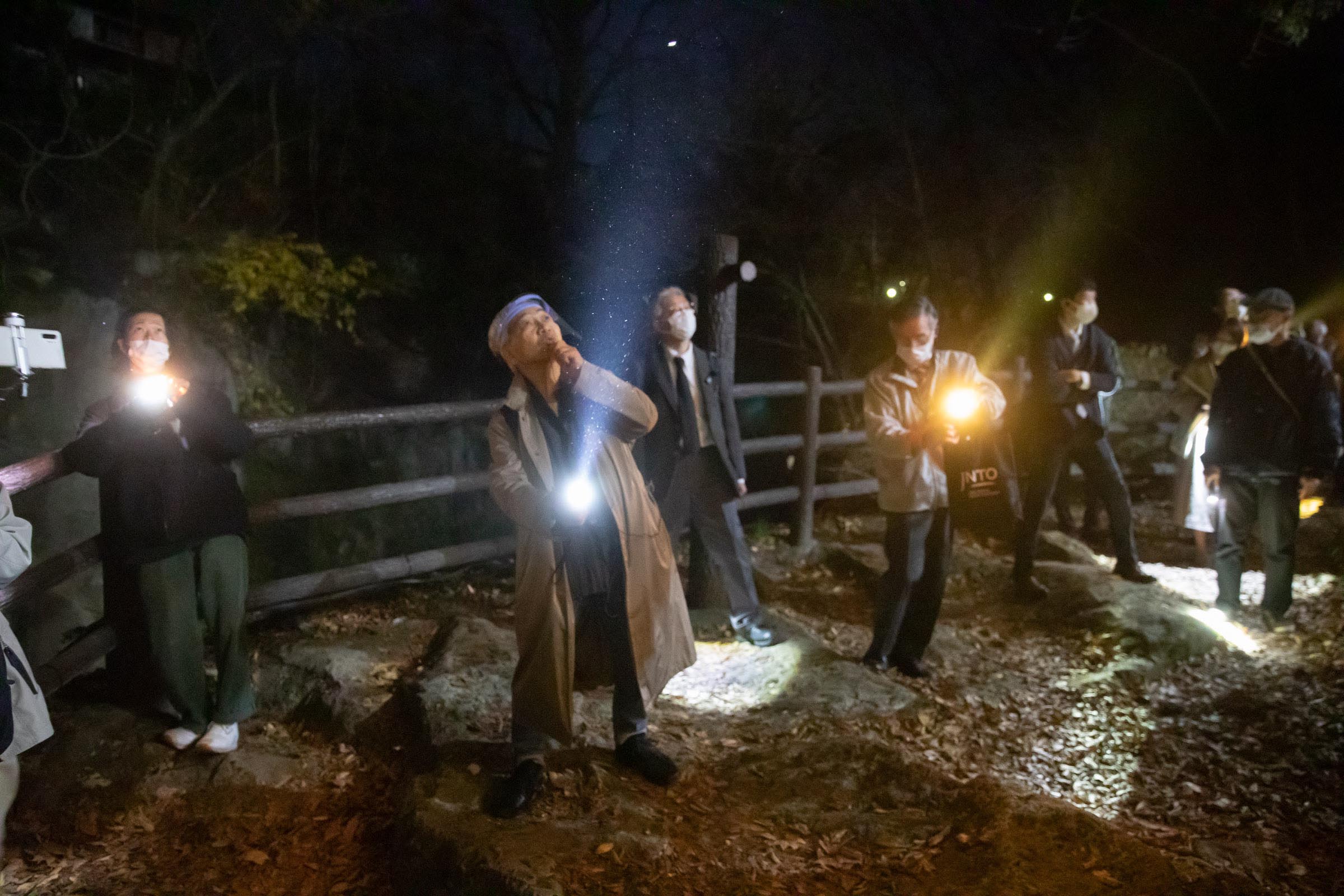 Each has a flashlight and color filter to experiment. 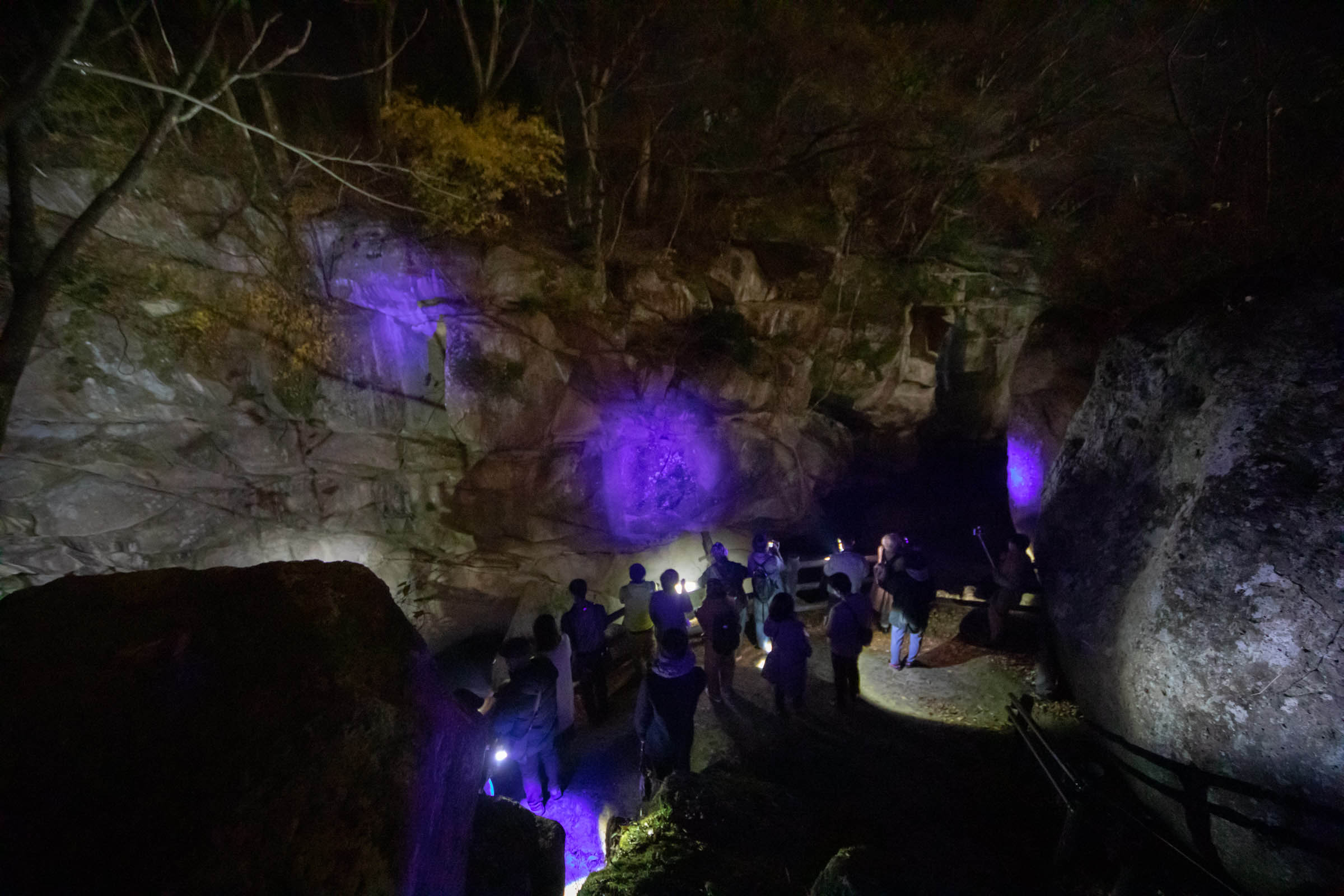 Light up with different colors,  experiencing the differences in impression 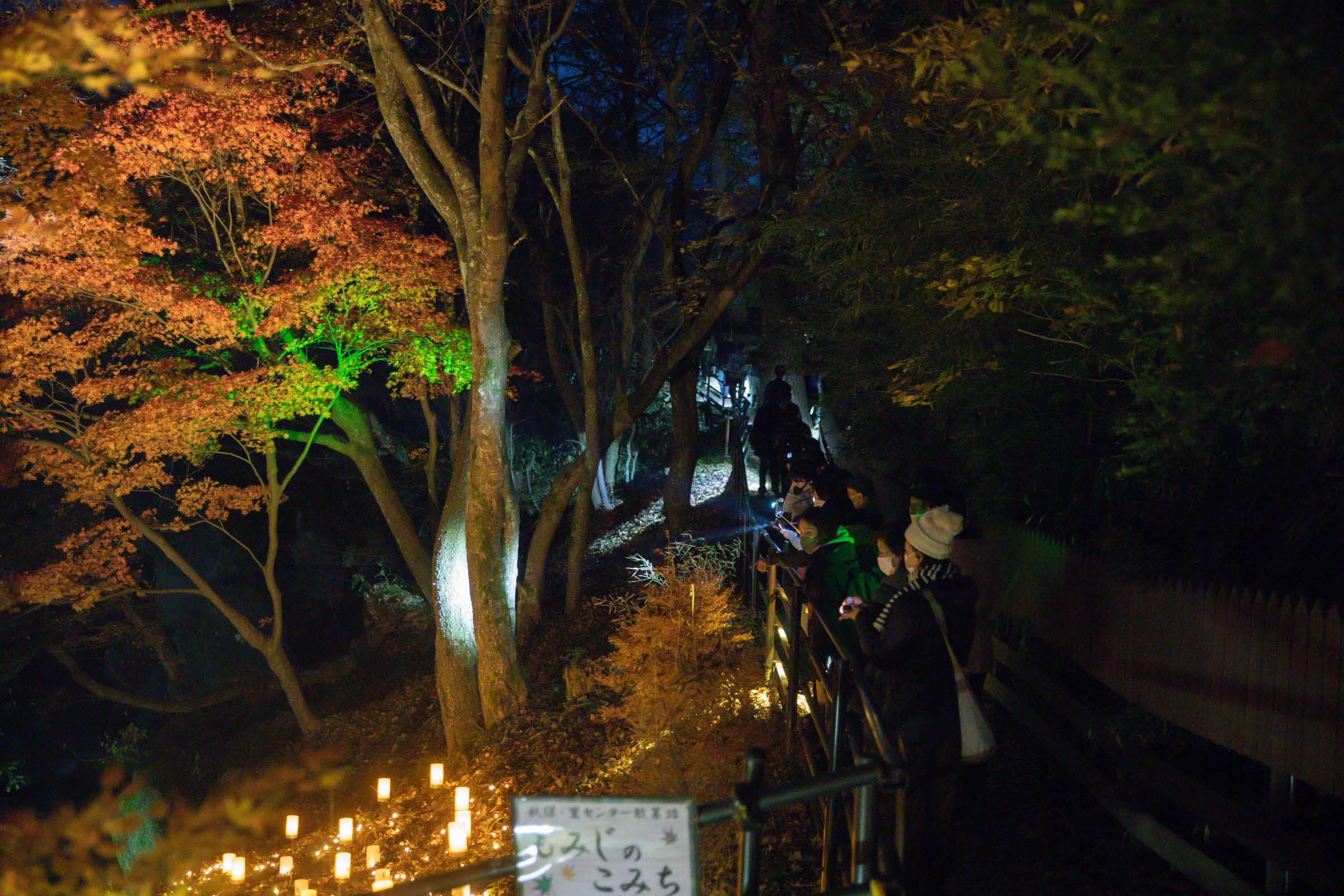 Visit installations for events along the way

After about 60 minutes of the lighting experiment, we headed

to the venue for the review meeting. On the way to the venue, we stopped by the installation that had been created for the event and shared our impressions.

In the review session, we used the photos taken during the experiment and reviewed them. Many positive comments were made, such as “I had a wish to light up the area but did not know how to do it,” and “I found many hints by exchanging opinions with the participants through the various experiments we conducted together today,” and “I would like to hold such workshops on an ongoing basis. Many positive comments were heard. They also talked about areas for improvement, and shared that there are many problems that can be solved not only by lighting up the area but also by making minor improvements to the existing lighting.

It was a very valuable meeting for us to hear from the locals about their expectations for the future nightscape of their city and what improvements they would like to see. We hope to be able to continue the workshop in a different form next year.  (Noriko Higashi) 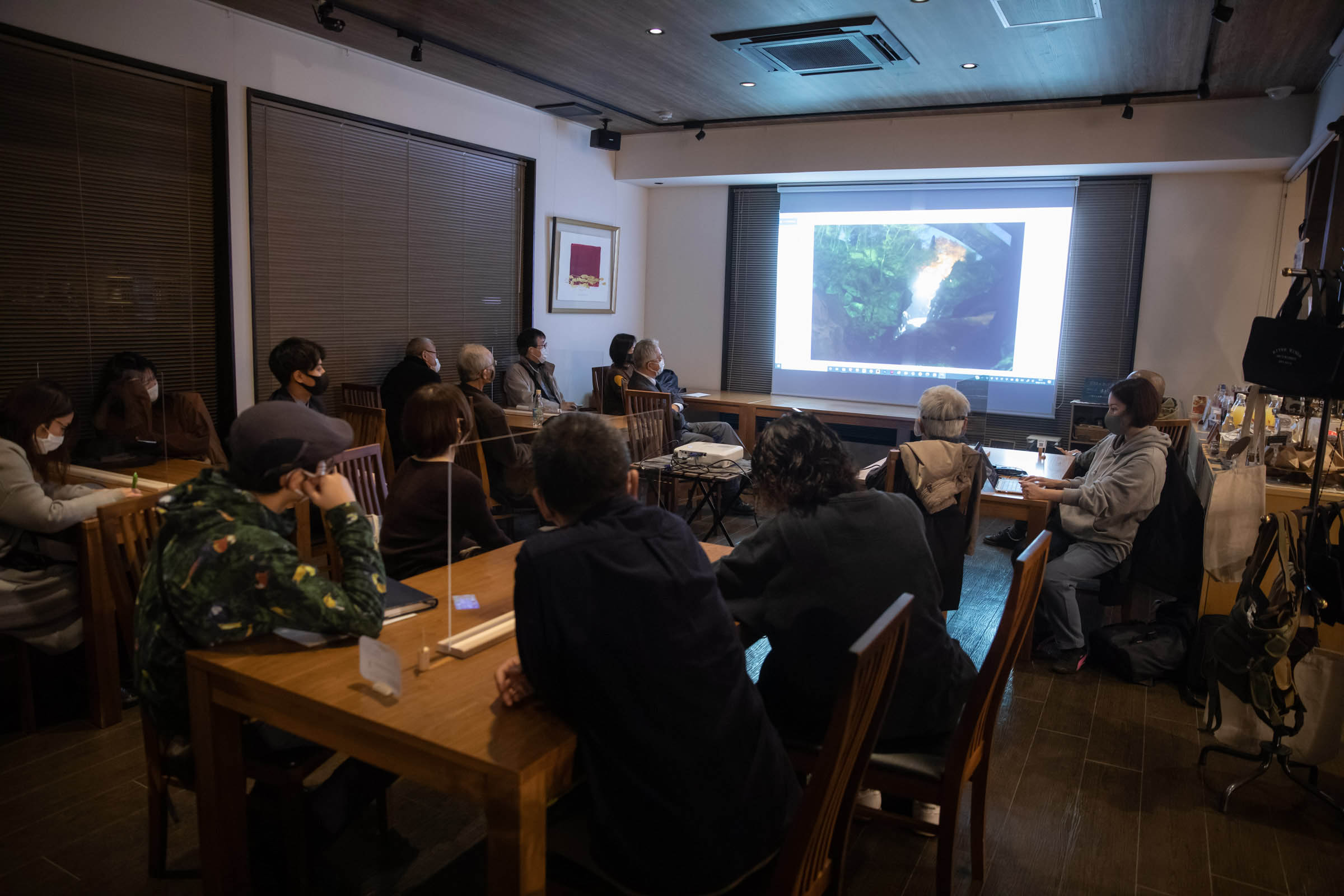 Reviewing the experiment and exchanging opinions during the salon session. 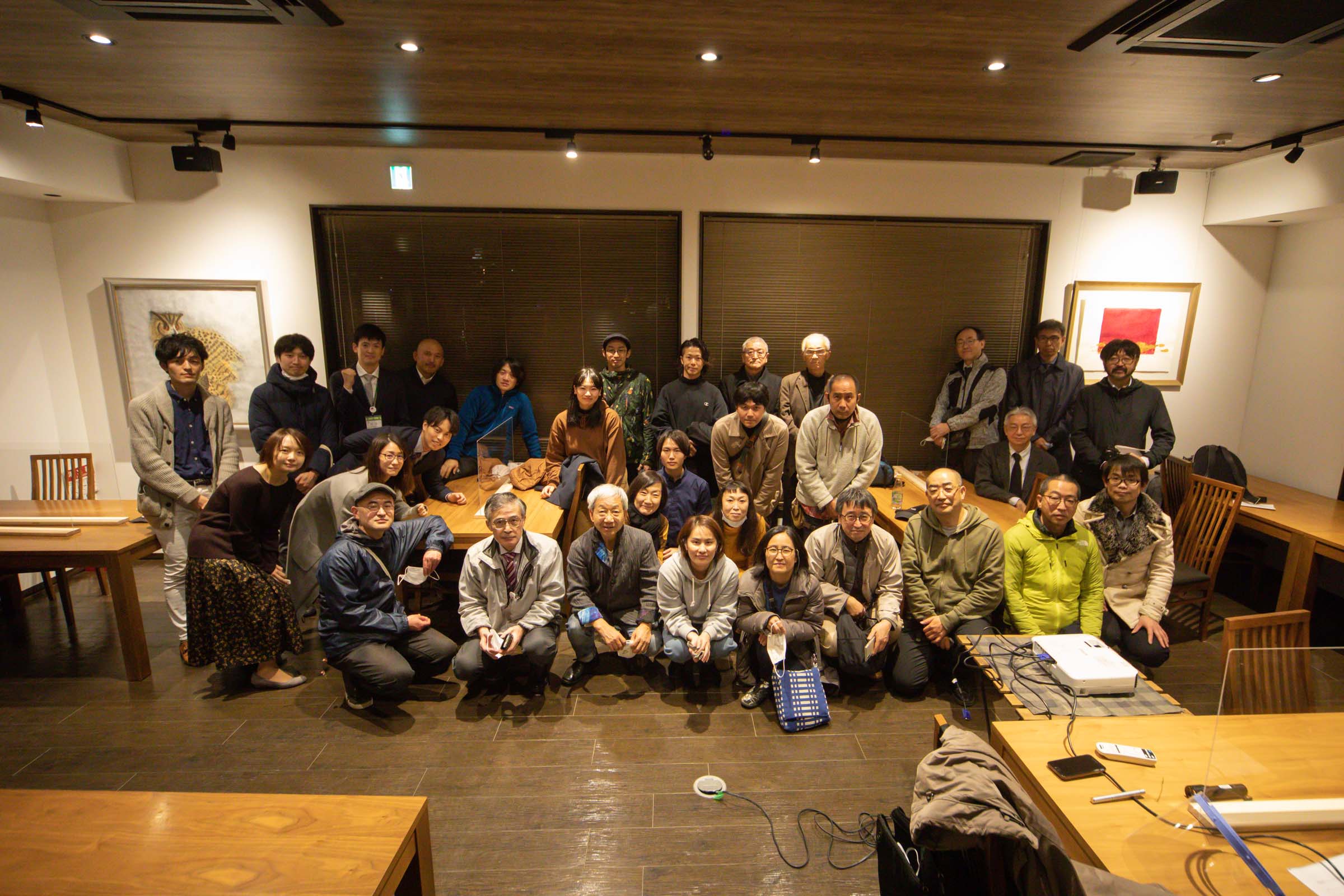 The number of participants was limited to about 30 local residents.

The cherry blossoms have fallen and scattered and the riverside before my eyes grows over in a mixture of shades of green. The smells of new green leaves and the scent of spring coming to an end rides on the breeze. It is a rare Sunday with…

Date: May 14-June 9, 2003Place: Matsuya Ginza 7F Design Gallery 1953Host: Japan Design Committee World Lighting Journey’ a collection of nightscapes from 50 cities around the world, taken over the course of 12 years, was exhibited in …

This topic may not directly concern the Lighting Detectives, but here’s what is on my mind. As a lighting design office and having to compete within this growing profession, I’d like to tell you about our recent staff workshop. As the creat…

POPULAR POSTS in Other Activity

RECENT POSTS in Other Activity