The Lighting Detectives in Bali? 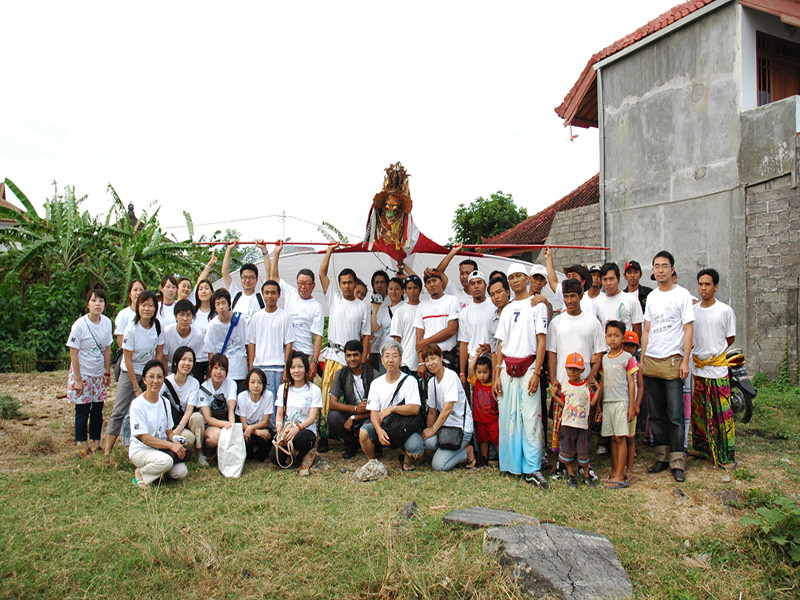 The Lighting Detectives traveled to Bali this summer for two reasons: 1. To join in the fun of the famous Bali Kite Festival and show off our luminous kites and 2. To witness the powerful Ketcha Dance and add our own lighting element to the dancer’s costumes. The Lighting Detectives have done the lightup guerrilla “illuminate and run” scheme in Japan, but this was a first to bring the event overseas and also coordinate activities with the locals. There was no running and hiding this time!!

LIGHTING UP THE WIND 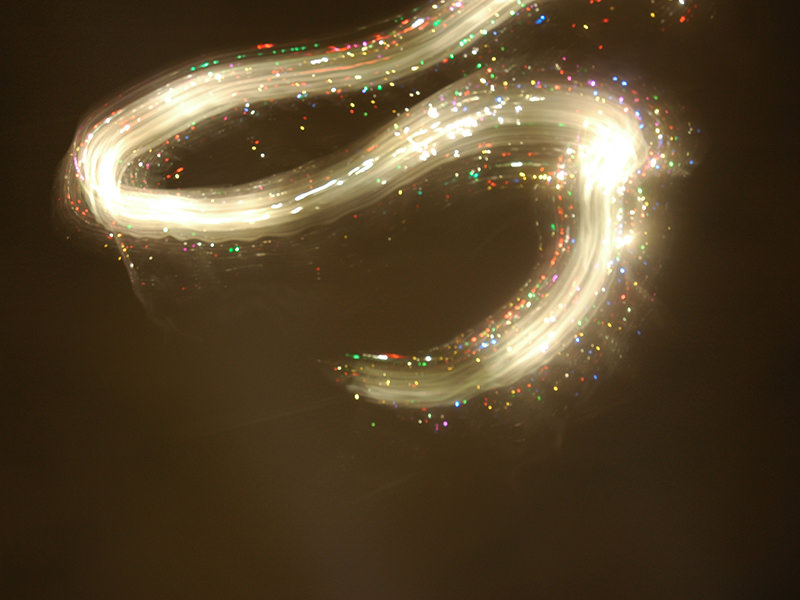 Once an evening in Bali brought a constant humming from the sky – with the cacophony of frogs and crickets. Mesmerized. Alluring. This sound actually came from the hummers that are attached to giant Balinese kites. This memory stayed fresh. As ideas for the workshop of Lighting Detectives came in for 2005, we thought to illuminate this Balinese experience.

Though invisible, the wind makes its presence on everything it touches. The kite is man’s way of the wind’s revelations. Illuminating this rhythm against the black hue of the Balinese night sky should be enchanting, magical.

The main kite was flown in Sidakaria, home of the champion kite team in Bali. It was similar to the Balinese traditional kite, the Janggan (dragon). 40 x 50 feet, with a 300 feet long tail. Light sources adorned the tail. Kites made by students of Musashino Art University and staffs of LPA also lit up the sky like floating lanterns. The locals actively participated and made the event a success. This workshop has set an example of how lighting can be used from the grassroots level of society to create a memorable experience.

Kite – A Catcher of wind and light 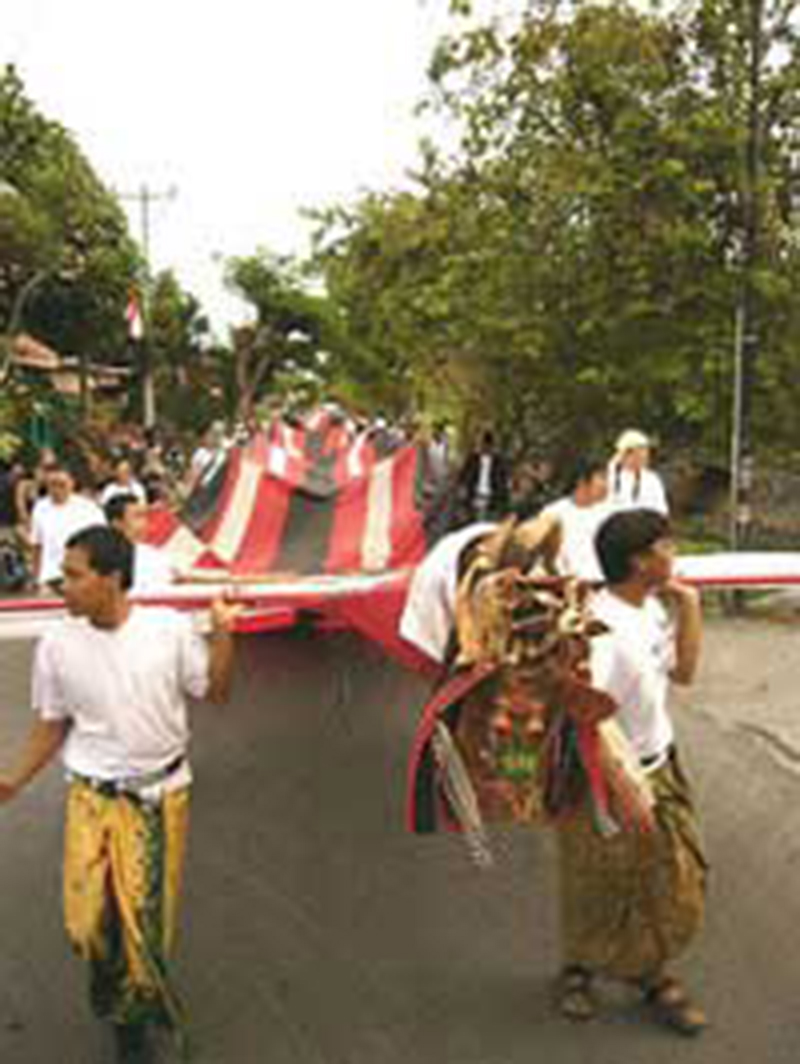 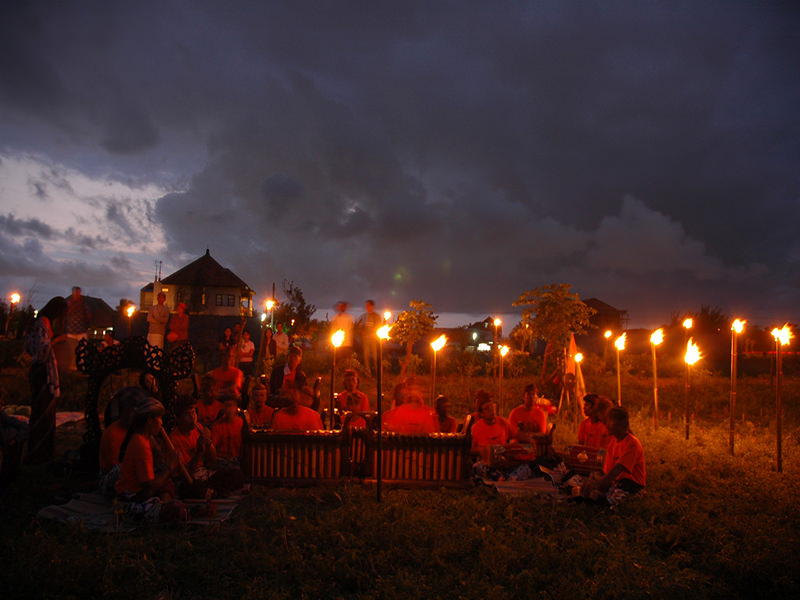 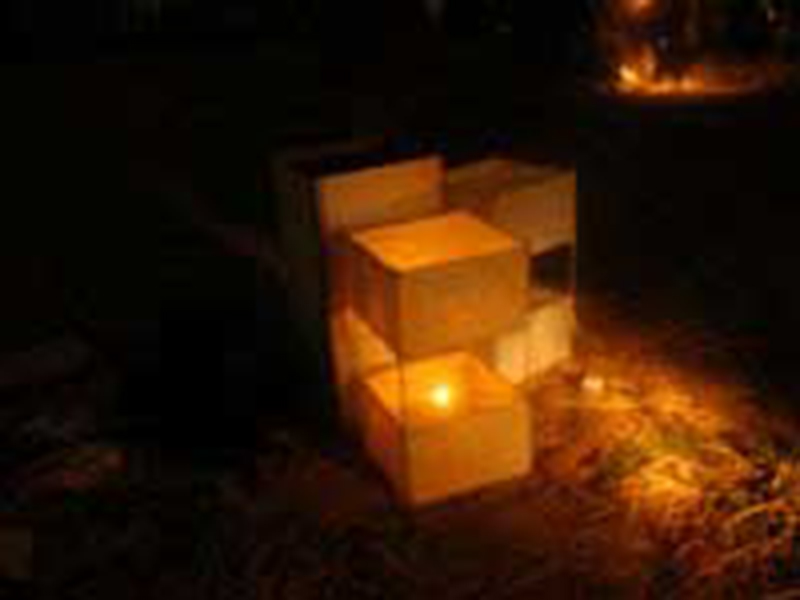 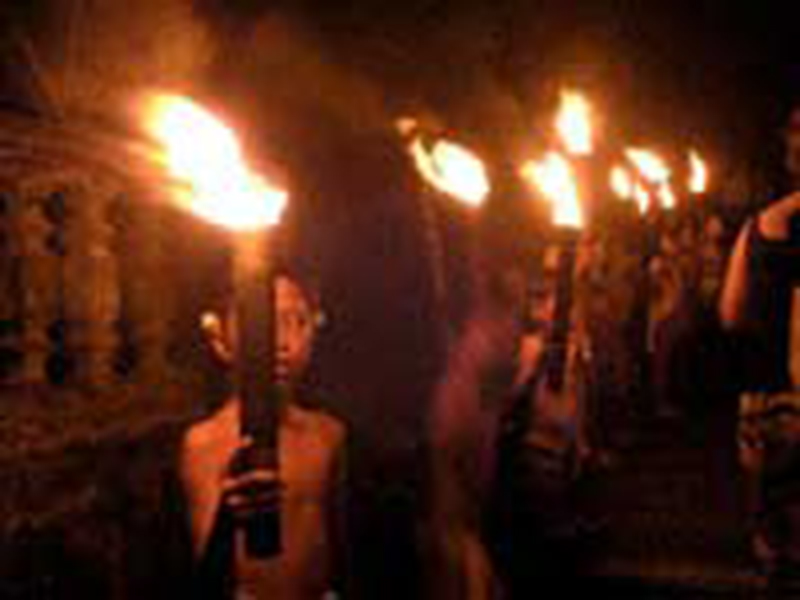 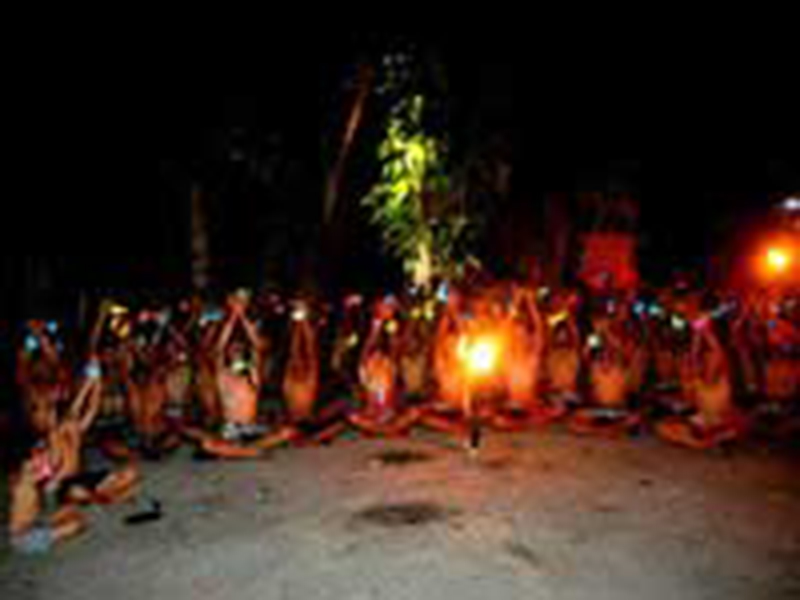 Wind is an intangible formless element, which can be felt, but cannot be seen. With the presence of a kite, one can “see” the wind due to the movements in which the kite sways in the wind. A kite is simply a vehicle for wind. Light is similar to wind in many ways. Both are ephemeral, transient and need to be caught on a surface or platform. Thus, a kite can also be transformed into a platform for catching light and together with the presence of wind, the interaction of all 3 elements result in movement and dynamism.

The platform is a 2×1.5m triangular black kite with a “tan” character made out of silver and white spangles in the center, assorted colours of spangles, mirror bits filled the rest of the kite, down to the tail. The kite became a multi-faceted surface, and the reflections lit the sky with shimmers and glitters. A handheld high-power narrow-beam flashlight was used to shine at the kite which flew at 20 to 30metres height. Experiments were conducted to catch the patterned reflected light on the ground. The kite’s weight was crucial and the size of the mirrors and spangles have to be compromised, thus the effect of the reflected light on the ground was not obvious.

The next stop on our Bali Tour was Ubub, home of folk performing arts. Set inland, Ubud is rich in green fields and full of pastoral landscapes. At night, 50-100 men gather around the fireside to dance and chant “Ketcha.” A dance full of rhythm, this is THY place to catch a powerful Ketcha performance.
First, we just watched as the dancers did they’re traditional act with fire. In the dark of the night, the fire shown in the dancer’s eyes, reminiscent of a more primitive time, as the power of the dance washed over the crowd. Next, the dancer’s let us arrange light sticks on their bodies and costumes. Since the dancer’s used their hands the most, we used many of the light sticks to form bracelets. In the background, little points of red LED light swayed in the breeze and the biggest and most spiritual tree was illuminated. Even though these props were a first for all the dancers you wouldn’t have known, as they stomped and chanted just as enthusiastically. The traditional fire form of Ketcha was an awing experience, but the Lighting Detectives arrangement was a colorful and new twist, leaving a luminous footprint in the town of Ubud.

Global Nightscape survey in Melbourne 2014.11.11-11.15  Misuzu Nakamura+Haruka Sakoda  For 4 years running, Melbourne has been chosen as the best place in the world to live. City planning has successfully focused on public space to build on…

Graz is the second largest city in Austria. The Mor River runs through the center, with old cityscape and warm-colored street lighting giving the city a cozy feel. On the other hand, Kunst Haus and other newer architecture have added an ele…