What is Candle Night? 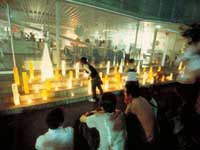 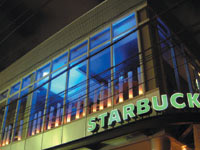 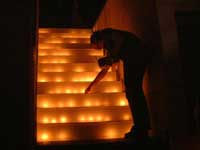 This is the second season for the Lighting Detectives to participate in the Bi-annual Candle Night Performance. Many people are probably wondering, “What is Candle Night?” Well, started by an environmental NGO, this nation-wide event is a slow, relaxing time to reflect on human nature and rethink our positions on the environment, energy conservation, and the modern lifestyle. This event uses the earth’s natural “clock” the longest day of the year, the summer solstice, and the shortest day of the year, the winter solstice, to help bring awareness of the natural flow of time. The event slogan “Turn off the lights and take it slow,” means just that: turn out the lights and enjoy a time of reflection with friends or family. More then 6,000 venues all over the country participate in this “lighting down” event with over 200 of those venues also displaying candle installations. With each biannual celebration the circle of light continues to grow, but it is also a simple “event” that anyone is encouraged to participate in in the privacy of their own homes.

As part of this nationwide event, the Lighting Detectives are active in the Candle Night @ Cat Street Performance. Cat Street is a narrow alleyway, lined with trendy little shops, that connects Tokyo’s Harajuku and Shibuya. The street was a small canal that ran through this district, but was filled in during the 1964 Tokyo Olympic City Redevelopment. Now candles take the place of water to recreate this canal during the Candle Night Event. Nine installations were set up along this 700m long street. This was just the second season for Cat Street, but already installations are expanding and crowds are gathering. Along with the Lighting Detectives, Musashi Art University, Studio Mende, Tama Art University, Keio University, and Toshiba Design Team also contributed candle installations and special guest Naoto Fukazawa was on hand.

What are candle performances? After just three design workshops, each team brainstormed for installation ideas in preparation for the big day. The Lighting Detectives were in charge of the Starbucks B-Side Cafe. The huge glass windows of this two-story building give a clear view into the cafe and became the main stage for this installation. The ceiling was lit up with blue LED`s, not part of the rules, but a completing element to the flicker of candlelight. Cylinder candles were placed near the windows and all the lights on the second floor of the cafe were dimmed. Couples sipped their coffee to a different Starbuck`s atmosphere tonight!! Volunteers also toted around “shopping bag lanterns” during the event. 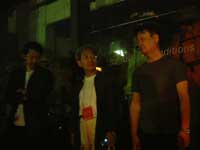 How about taking a walk down Cat Street? It is just a small alleyway off of the main street, Omotesando. It has a relaxed atmosphere with small, trendy interior, clothing, and zakka shops lining the sidewalks. Even after hours, add window-shopping along Cat Street to your nightly stroll. Unfortunately, the current streetlights do not accent the small-street atmosphere of this area. The streetlights are installed at 20m-pitch and emit an excessive amount of light. If only they could be turned off, the street would be that much more comfortable. For the Candle Night event, we decided to take matters into our own hands and have a blackout. The Mushashi Art University Team took charge and wrapped large black garbage bags around the poles for this two-hour event. The Lighting Detectives have done Light-up Guerrilla events in the past, but this was a first for many on-lookers and participants. The blackout coverings helped the candle installations immensely, creating a darkened backdrop for the gently, flickering lighting.

Duxton Plain Park, Singapore 19 & 20 November 2005 Go, Go Ninjas!! Light Up Ninja Logo The Light Up Ninjas have a long history with the Lighting Detectives. The purpose of the original event was to sneak around illuminating the ordinar…

Praha, the capital of the Czech Republic, is a one of the European cities with several buildings, streets, and city features preserved from the middle ages, and a very popular destination for tourists. The city, also famous for its many ste…