“Turn off the lights and take it slow.” 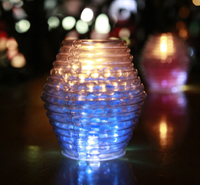 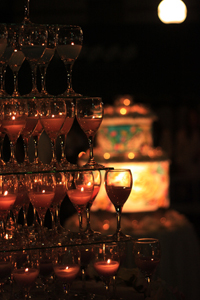 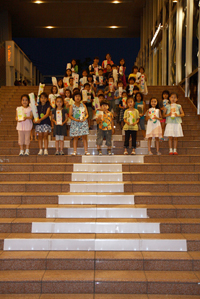 This is the campaign slogan for Candle Night, a movement started in 2003 on the summer solstice by an environmental NPO. Nationally, the event is unofficially planned for the summer and winder solstices, and persistence from local groups have turned it into a huge event to enjoy a different kind of evening by candlelight.

Candle Night along Omotesando was held for two hours on June 19th, 2010 from 8pm to 10pm in the evening. The Harajuku / Omotesando Candle Night started on the 2003 winter solstice. This year marks the 10th event along the popular shopping street.

The theme for 2010 summer solstice was “Encounters with Candles x LEDs.” In contrast to candles, which have been used for hundreds and hundreds of years, LEDs are the latest gadget in optical technology. This year visitors encountered hybrid installations using both candles and LEDs along the zelkova lined street. For the event, 611 staff members, mostly art university students in the Tokyo precinct, were recruited and collaborated to present a unified, coexistence of warm candlelight and techno LED installations.

The theme this year was “Encounters with candle x LED,”so it wasn`t just candle light along the street, but a combination of candles and LEDs for a variety of installations.

Installations included, stacked wine glasses with candles inside and softly emitted blue LED light from below and“Wish upon a Star” installation had visitors write a wish and attach a LED“star”to a plain screen. LEDs are small and don`t release a lot of heat so many of the installations used these properties to their advantage.

During the work in progress stage, students were stumped countless times concerning the handling of open flames and safety measures surrounding their installations and lanterns. But the rewards of their efforts were outstanding products on the day of the event. Even the student artist seemed pleased with their own work and complimented one another as they saw everyone`s completed works for the first time during Candle Night.
In this age of low carbon emissions, the “candle x LED” Candle Night was implemented this year. How will this carry over to next year? We will have to wait and see.

This year the candle cafe network grew to 23 cafes in the Omotesando area. Cafes set out their own candles to light or displayed candles made by the student artists. The students started designing the candles 5 months prior to Candle Night. At each design progress meeting each team captain, about 50 students, gathered and presented their original ideas and safety measures in a 1-minute time frame and the committee had a 2-minute time frame to review the work. The meetings were concentrated and intense with several requests for remakes of remakes, but the energy and power of these student artists was felt as each candle was proudly displayed on the day of the event.

Many of the works this year incorporated not only candles, but also LEDs. The students worked hard to achieve relaxing “slow night life” light effects with candles and LED. By using both sources of light the variety of works designed increased dramatically, but also became a catalyst for the students to think about how to take is slow and enjoy relaxing evenings on their own time. !

About 40 children formed a parade line and departed from Jingumae Elementary School. The children carried their hand-made lanterns as they walked along Omotesando, headed for the JNA Plaza. Using colored cellophane and crayons, the children made their unique lanterns in an afterschool workshop just days before the candle night event.

These tiny bodies carrying big lanterns drew many eyes as the children walked down busy Omotesando towards the tree candle installation set on the wide stairs in front of the JNA Plaza. The children “climbed” the tree and filled out the branched with their lantern light. Each of the children`s lanterns also has their name written on it and when all of the children had climb and formed the branches, the “Name Tree” candle installation was complete. The children looked like little fairies sitting in a tree, which drew many smiles from those passing by.

Each year the number of original lanterns designed for Candle Night keeps increasing. In line with the 2010 theme of “encounters,” about 100 different lanterns were designed and carried at the event by about 300 staff members. The two very different types of light sources, candles and LEDs, were blended together to create several unique and attractive lanterns. Each candle or LED is only a tiny point of light, but when paraded together and used to connect the distance between the candle installations and candle cafe network, the flickering lights dancing in the shadows of Omotesando, played a very strategic role in the event. As the glue that held the event together, the lanterns served as an icebreaker for encountering those just coming to view the installations or for staff members to get to know one another. Over the course of two hours, encounters on Candle Night included not only enchanting candlelight, but also friendly faces.

This was a milestone year, as the 10th Harajuku / Omotesando Candle Night has come to a close. To commemorate this accomplishment, a photo gallery of past Candle Nights was on display and an opening talk was scheduled at the gallery on the day of the event. Video footage from the last Harajuku Cat Street event and the first Omotesando event was also viewed by Candle Night supervising members as they reminisced and conversed.

The 2010 event started in a friendly, relaxed atmosphere, and without any hitches came to a quiet close. The Candle Night organizing staff would like to thank all the students, staff, and volunteers that worked so hard to make this a successful event.

Ideas are in the works for a slightly different Candle Night 2011. See you next year!!

On the official Omotesando Candle Night web page, staff used Twitter to communicate with viewers in real time about event progress. Throughout the month of June, page access totaled 440,000 clicks. The following items were also handed out during the event.
6000 fliers
50 posters
2500 books of matches
2500 tea lights 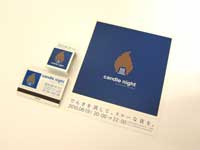 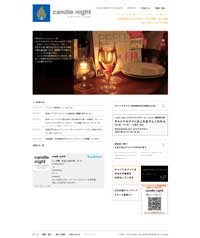 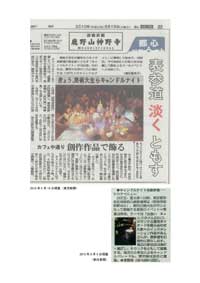 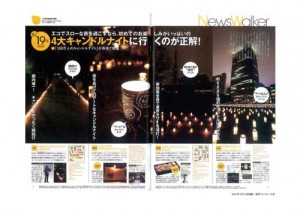 Mende: Niken, do you like traveling? Niken: Yes, I do. I brought photos that I took from my trips, and we will talk about street lighting. I started to pay more attention to this since I did my thesis. During the time, I surveyed and compar…

Night Watching Tour：Oouchijuku Let’s go look at lights on the snow-scape! 2020.02.08- 2020.02.09 Namiko Watanabe + Noriko Higashi In search for a festival of lights in Japan, we headed to the Winter festival at Oouchijuku. Our 19 members he…