Sydney, a capital city of New South Wales is famous for its beautiful beaches and iconic Opera House.

It makes it to the most populous city of Australia with more than 5.2million population. The climate of Sydney is subtropical with no extreme seasonal differences. 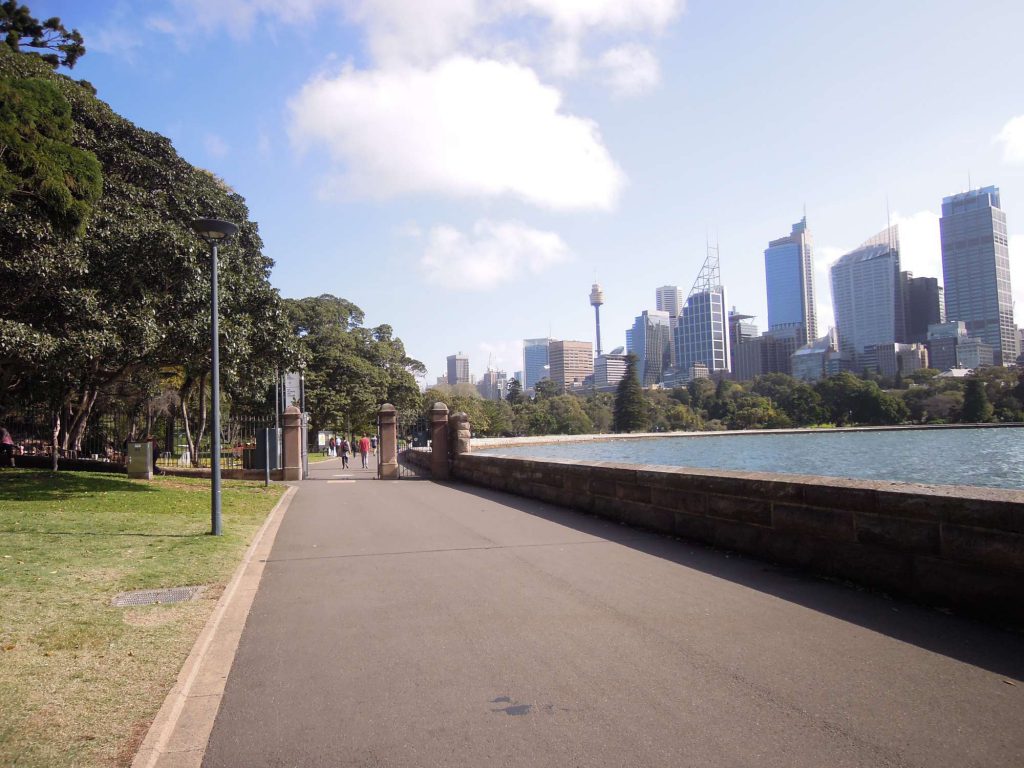 Highly saturated clear blue sky, lush greeneries, beautiful waterscape, and iconic Opera House – Sydney is the city that has it all. It is quite a lovely place to be and usually makes it to the top rankings for the most liveable cities in the world.

This time, Lighting Detectives flew to Sydney to find out how it lights up at night as a famous tourist destination. The survey focuses on the Sydney CBD (Central Business District) area. When looked down from the Sydney Observatory, the city did not have much of the façade lighting. Many of the buildings were glowing with their interior lights. There were not much of RGB lights nor media facade light except few areas of Darling Harbour and Pitt Street, the shopping district. 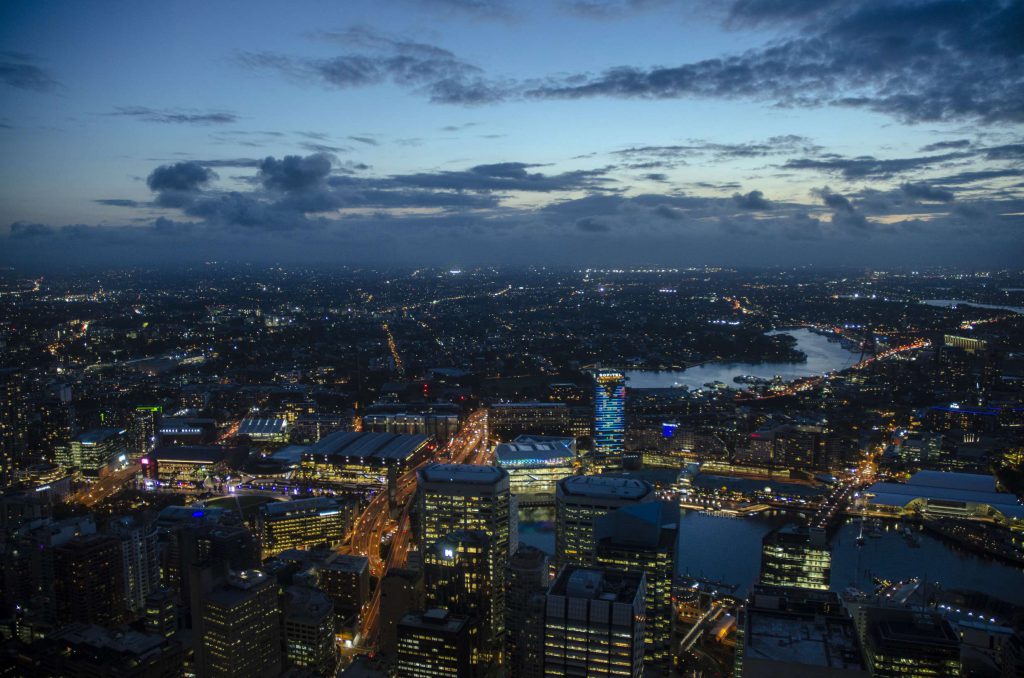 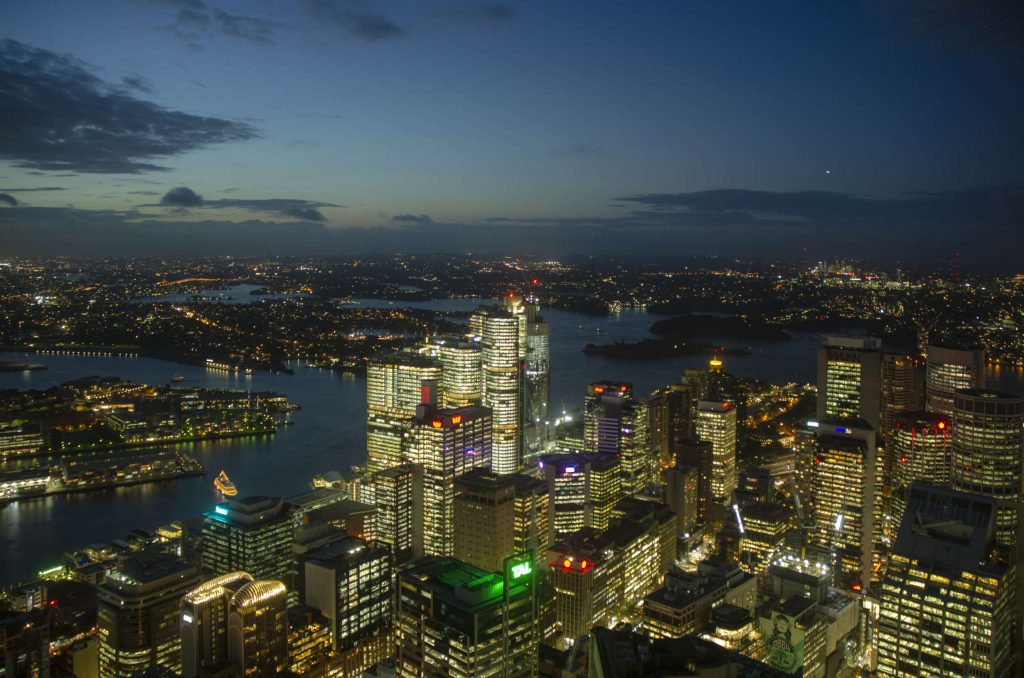 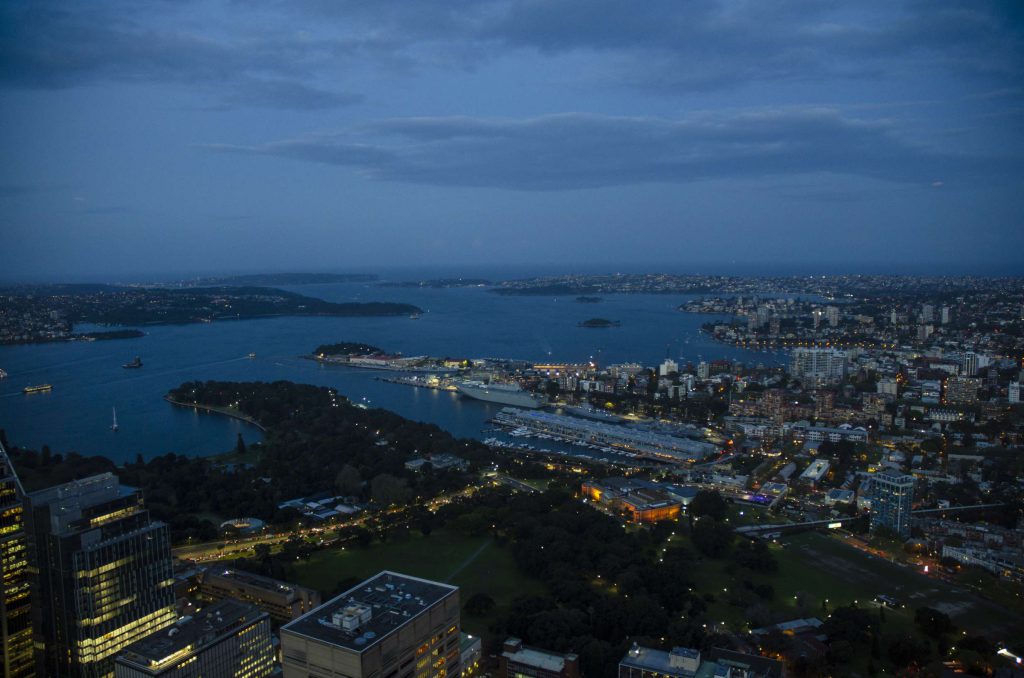 The shot taken from North Sydney to have an overall view of Sydney CBD with iconic Opera House and Harbour Bridge shows this more clearly. Sydney seemed rather classic with a warm tone of lighting on these iconic features and minimum architectural lights. 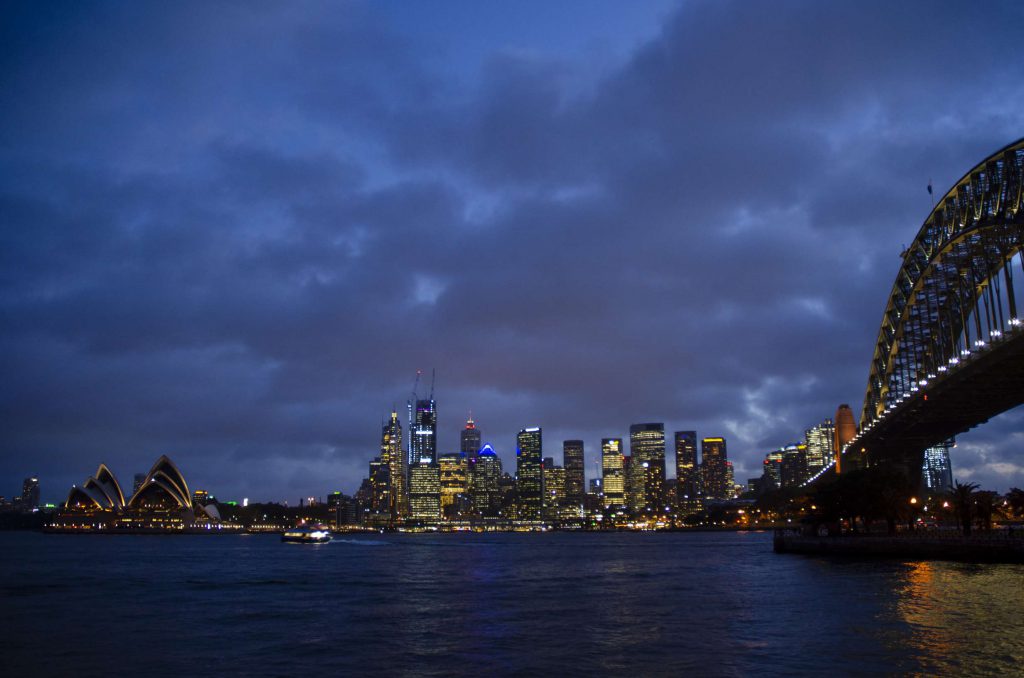 Interview with the city of Sydney 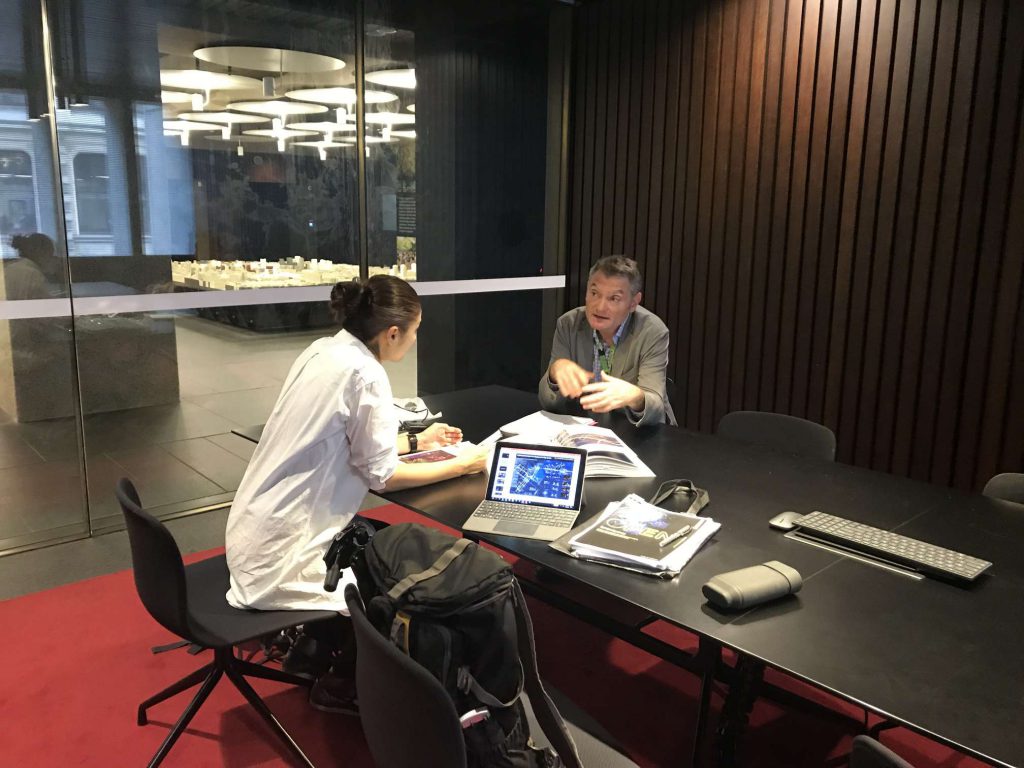 Interview with Laurence Johnson from City of Sydney

On the first day of arrival, we have met up with Laurence from Public Domain Strategy department from the City of Sydney to ask about Sydney lighting design direction and vision. Starting in 2000, Sydney has a lighting code that controls the night-time illumination of the buildings. Although Sydney does not have a masterplan that overlooks the Sydney CBD in general, important districts of CBD area has its lighting masterplan, and the city of Sydney is developing and updating more of those. The city is also looking into having more of the façade lighting to CBD area to activate the nightlife more than what it is now. This facade light-up works go along with the Open Sydney 2030, which is a strategy for the development of Sydney’s night-time economy. The city is looking for a balance between planning to boost the night-time economy and being sustainable and conscious of energy consumption. One of the most interesting parts we learned from the interview is that the city puts safety as a priority when it comes to the lighting of the city. It sounded that the city has a stringent requirement for light levels in public areas. 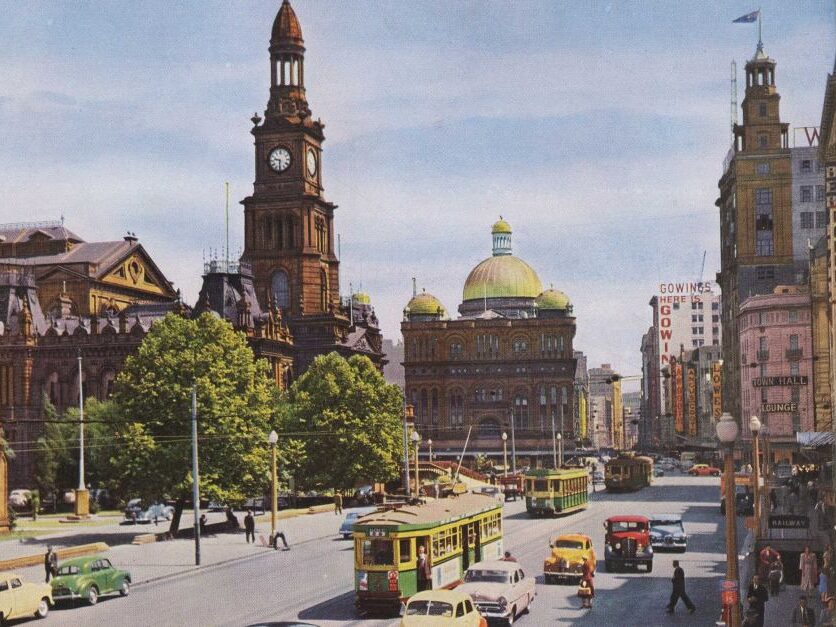 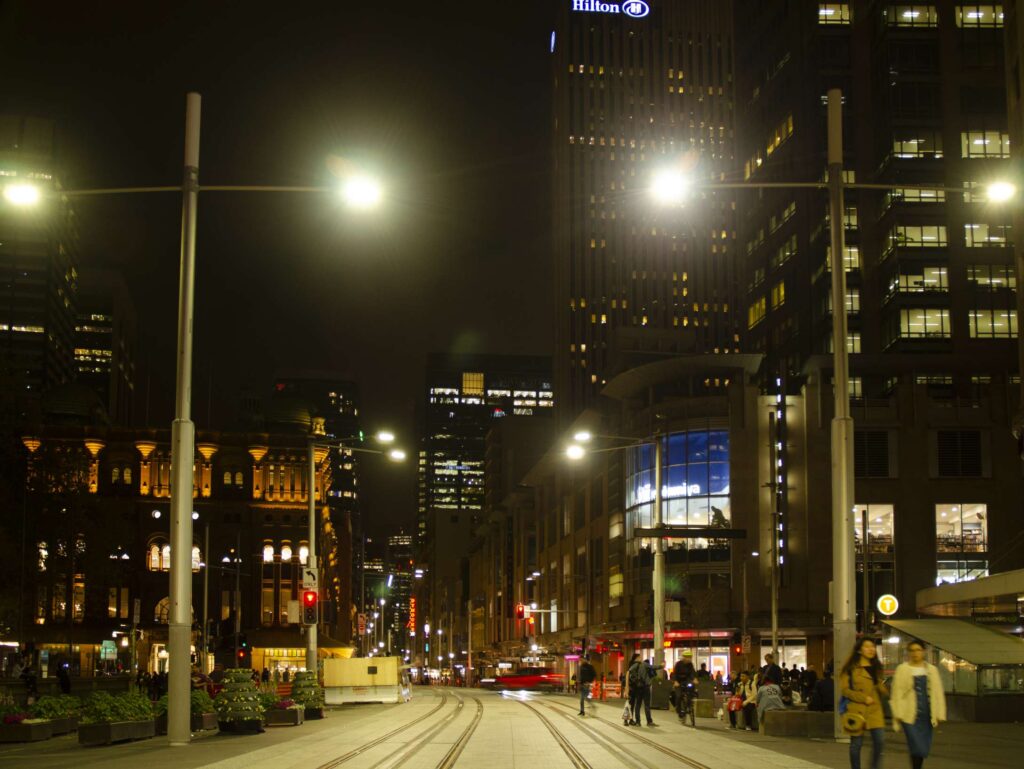 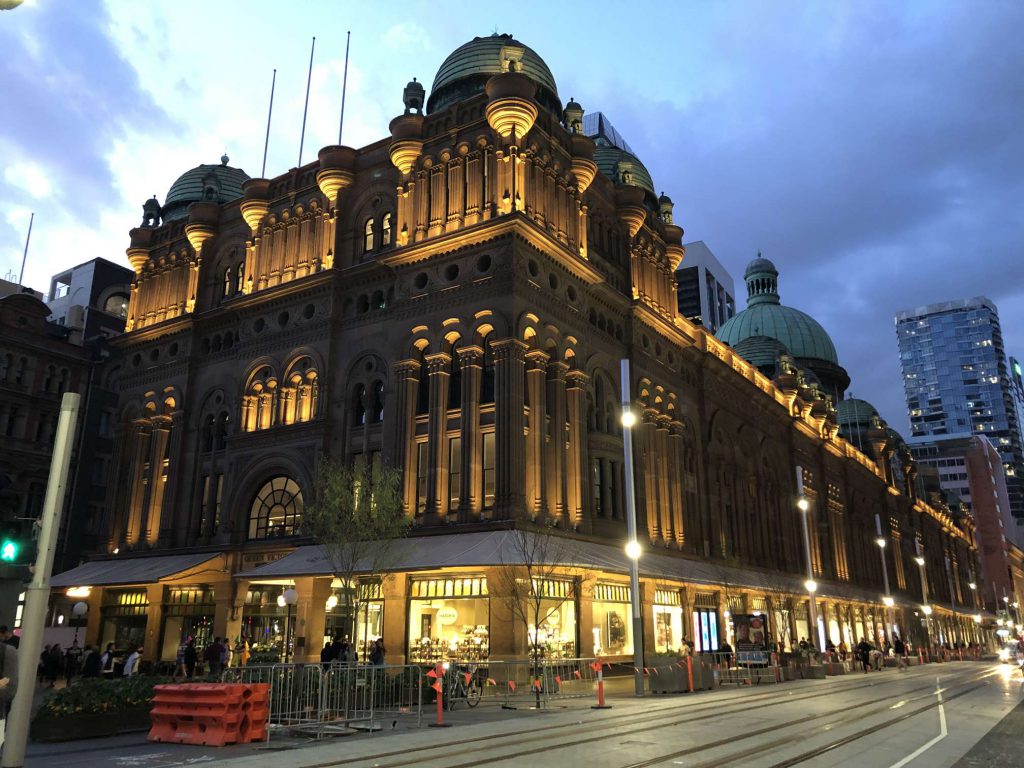 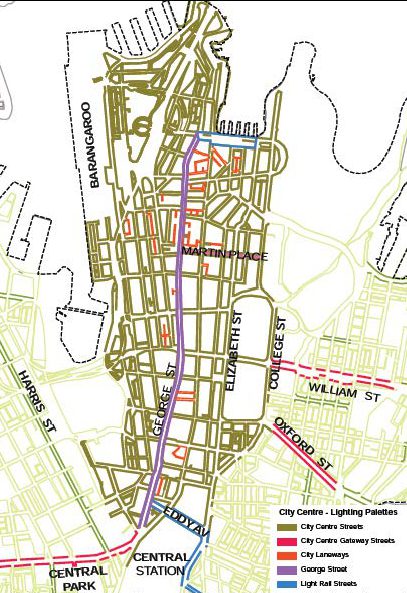 From the late 1800s to the 1960s, Sydney had the extensive tram system running along the main roads of Sydney. The trams then faded out in favour of buses from the 1960s to 2015 until Sydney decided to bring back the old tram system back to make more pedestrian-friendly roads. This massive change in the mode of transportation affected the lighting design of CBD roads as well. Following the direction from ‘Sydney Design Code” which was issued in 2015 by the City of Sydney, the design of pole light on the road where light rail runs have changed to accommodate the structural and operational requirements for the light rails such as signage, signalling and overhead wires. The customised light pole design also helps to identify where the light rail is running. During our survey, CBD light rail system was partially operating, and we were able to spot the new pole lights with multiple tiers of light source were installed. The light levels of George street were quite bright at an average of 100lux and mostly cool white (4000K) were used. 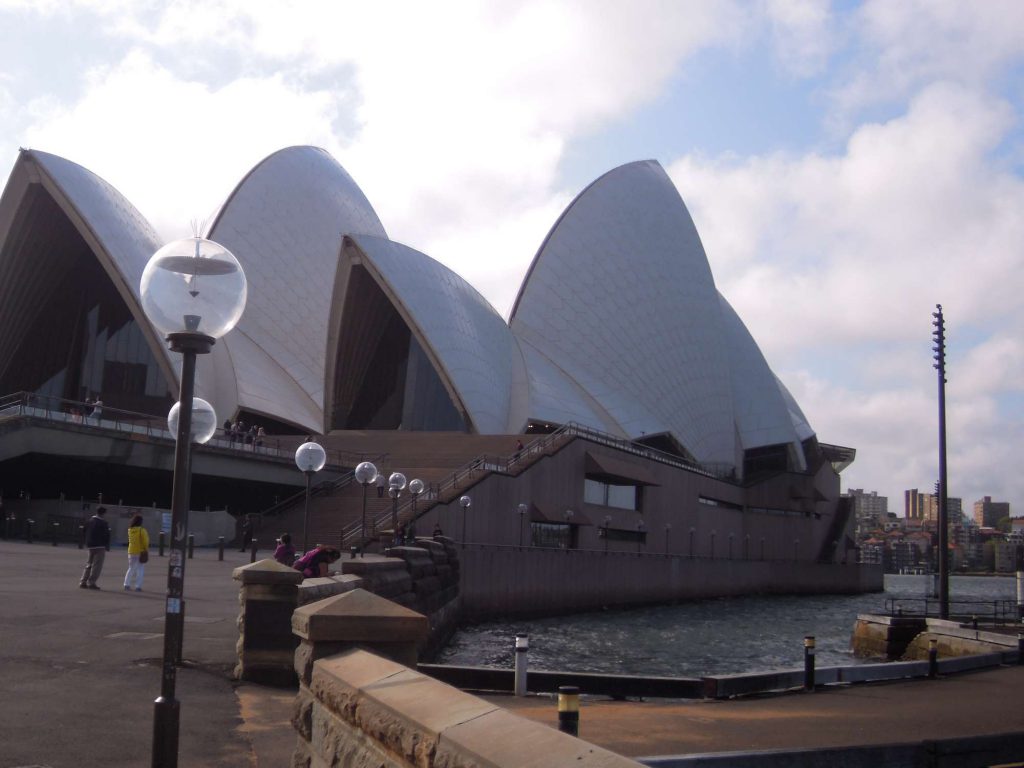 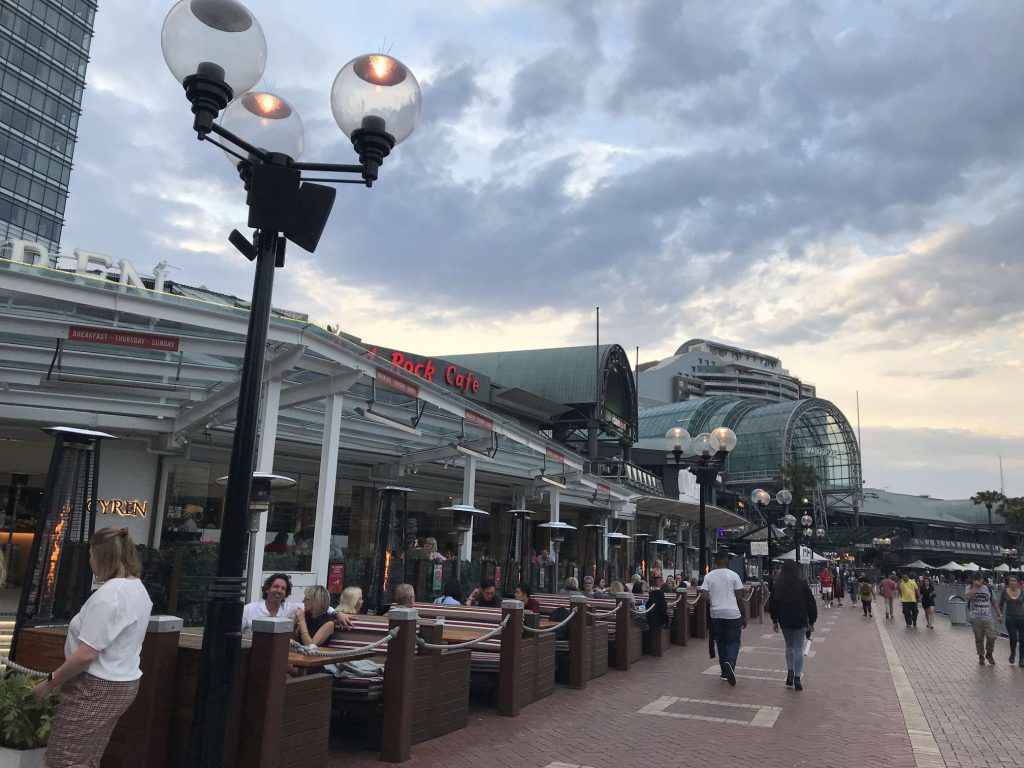 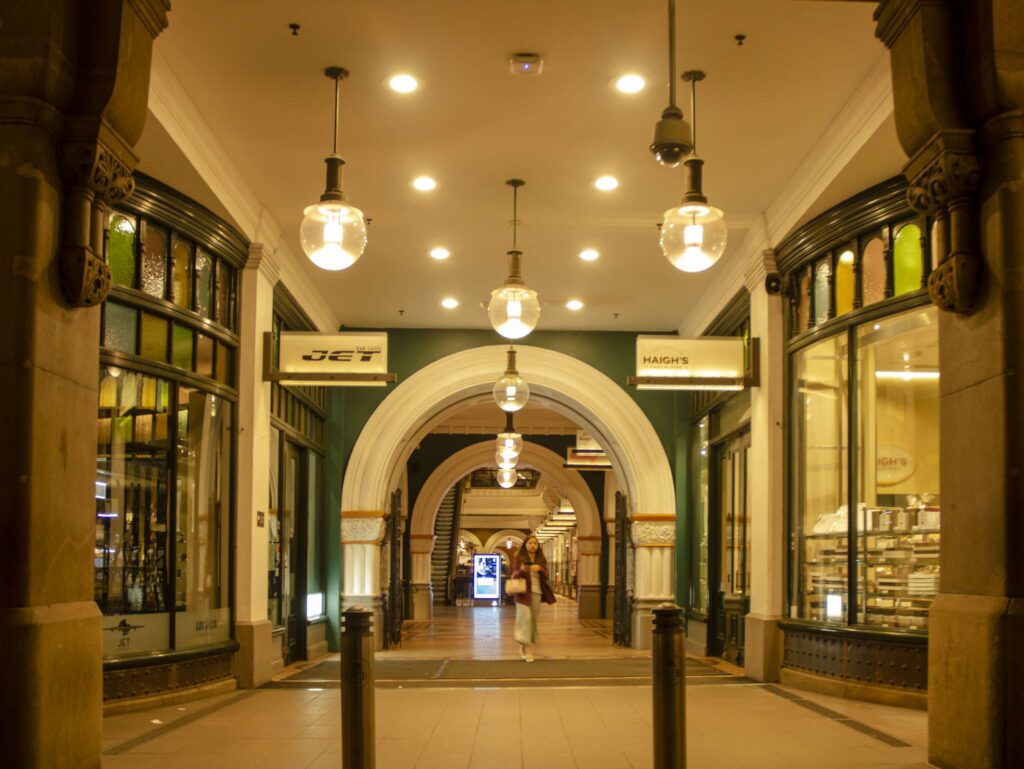 In contrast to the lighting design scheme of George Street where the choice of streetlight accentuates modern look of the city, there are many other areas in the city where a rather decorative and historical lighting design module is used. For example, throughout Darling Harbour and Clarke Quay, similar sphere shape pole lights were spotted and in Queen Victoria Building, spherical pendant were used for interior space. Having a similar design language for different parts of the city adds to the sense of continuity in city scale and it was noteworthy to see the continuation of design language between exterior and interior space. We thought that these types of lighting designs come in human scale and add a rhythm to the city nightscape. 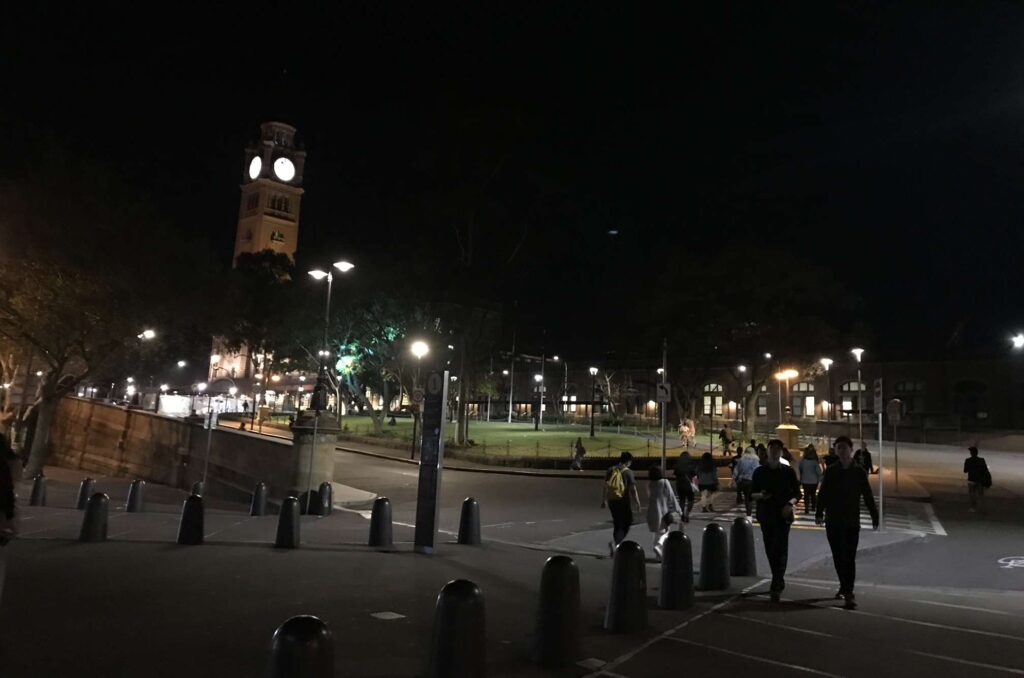 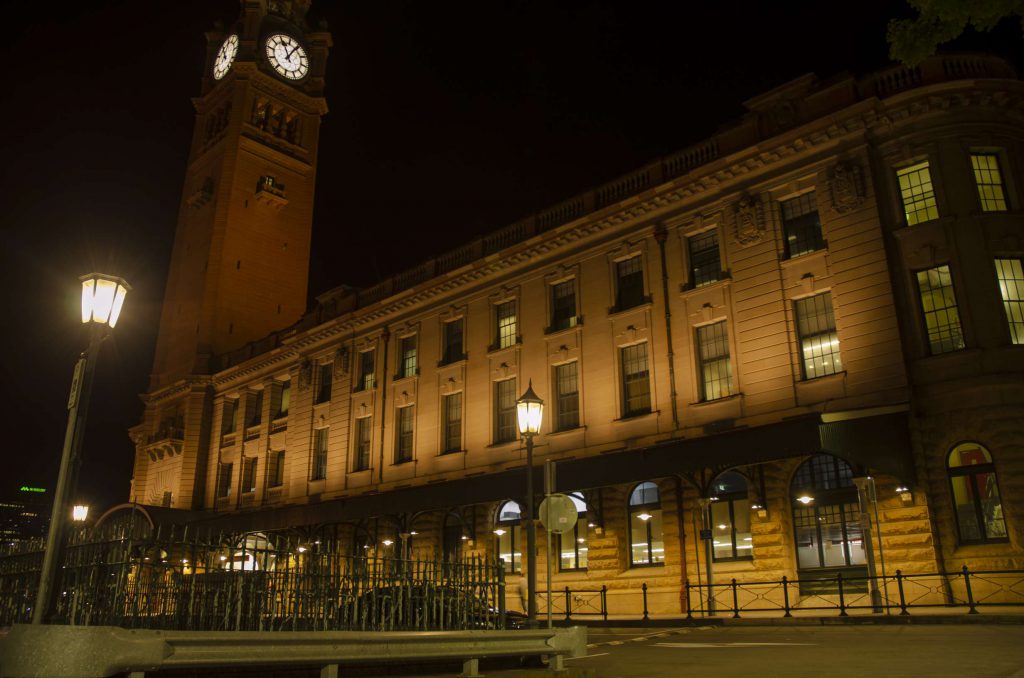 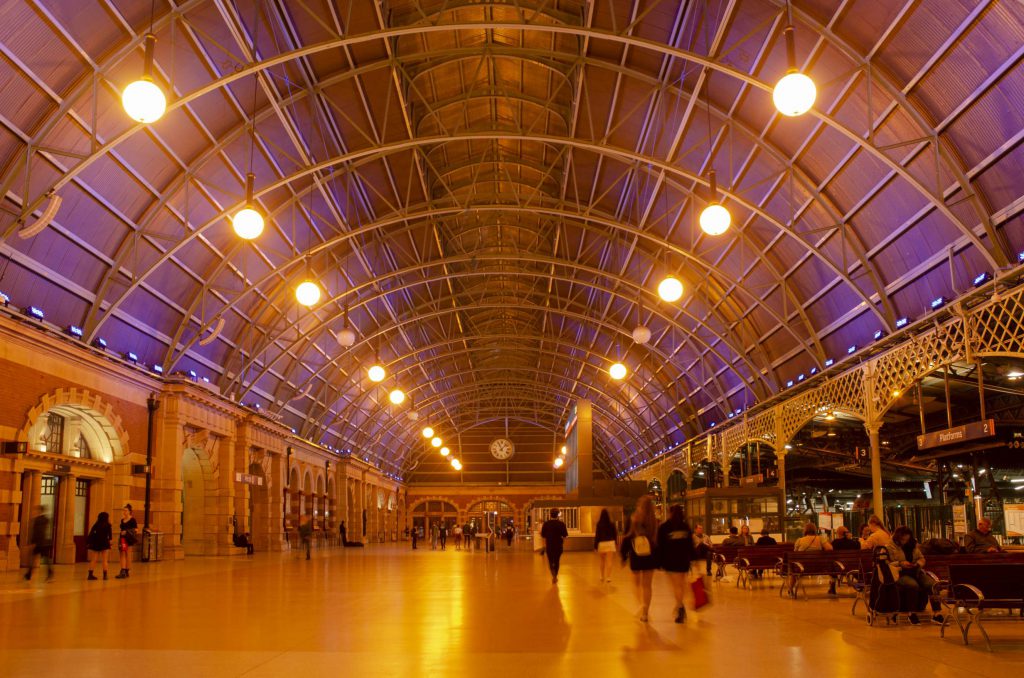 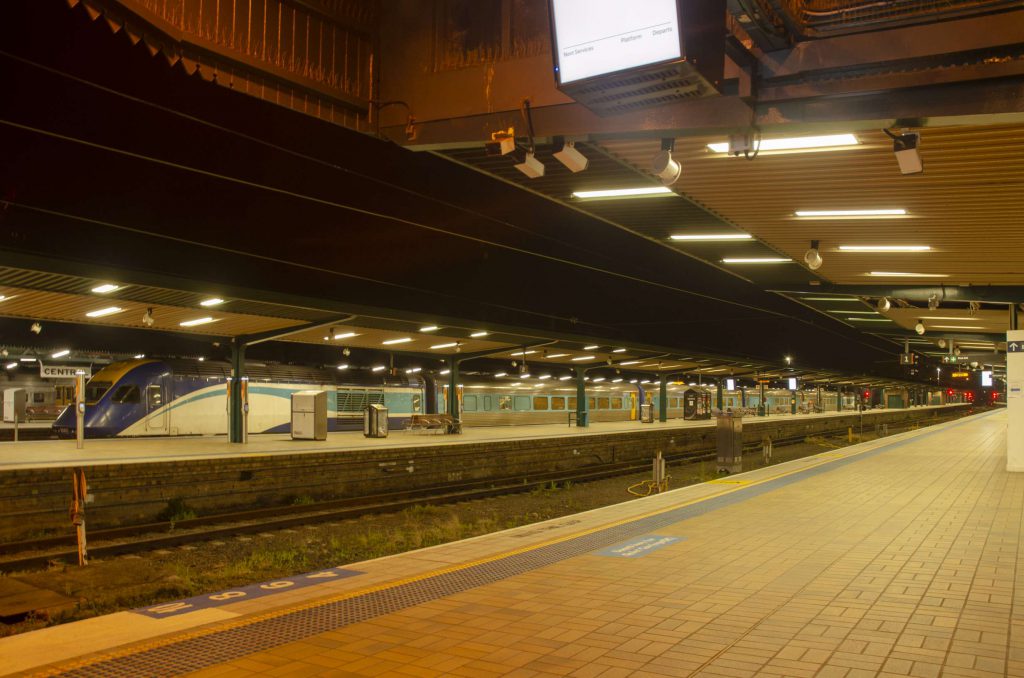 More than 100 years old station building stands with a dignifying presence while functioning as a core hub of transportation in Sydney. As for its night-time scenery, lighting seems to focus more on providing functional needs. We had found that walkways are evenly lit with a high range of brightness for the general public. Station Square and the approach pathway to the building are illuminated intensively at around 300 lux average. The Grand concourse is lit with blue colour ambient lighting, which again gives a uniform and even illumination to the floor. From the personal and professional point of view, we thought that the architectural features of the heritage station could have been highlighted better, creating a more dramatic and beautiful space. Although it was understandable that crime prevention is a crucial consideration when it comes to lighting design for a station, we could not help but ponder why the platform was having higher lux levels than some of the libraries we visited in Sydney. 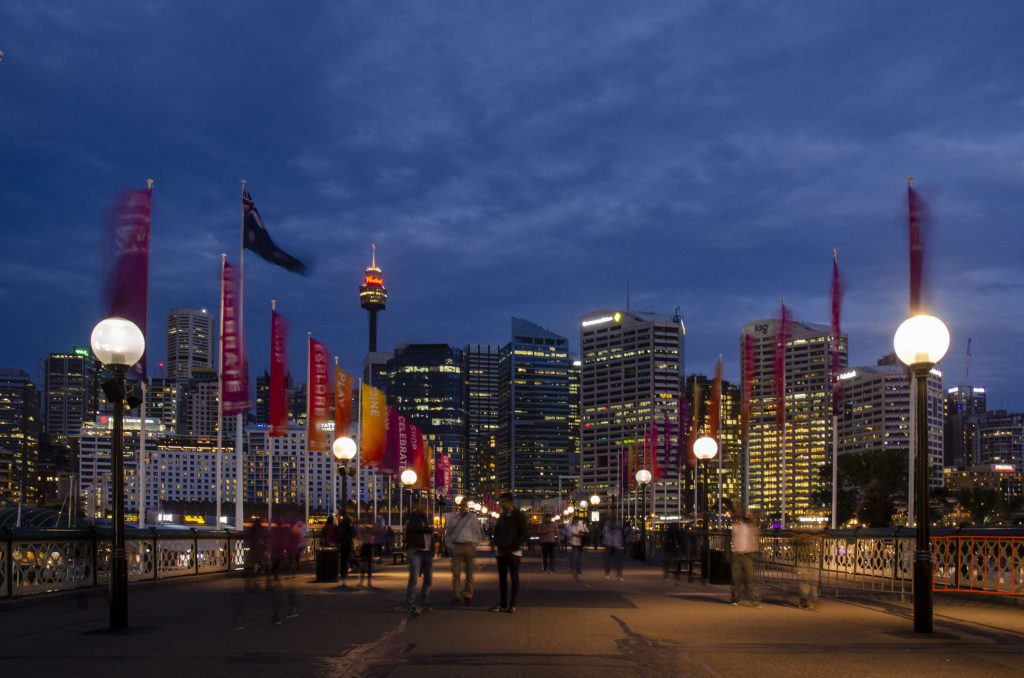 Looking at CBD from Prymont Bridge 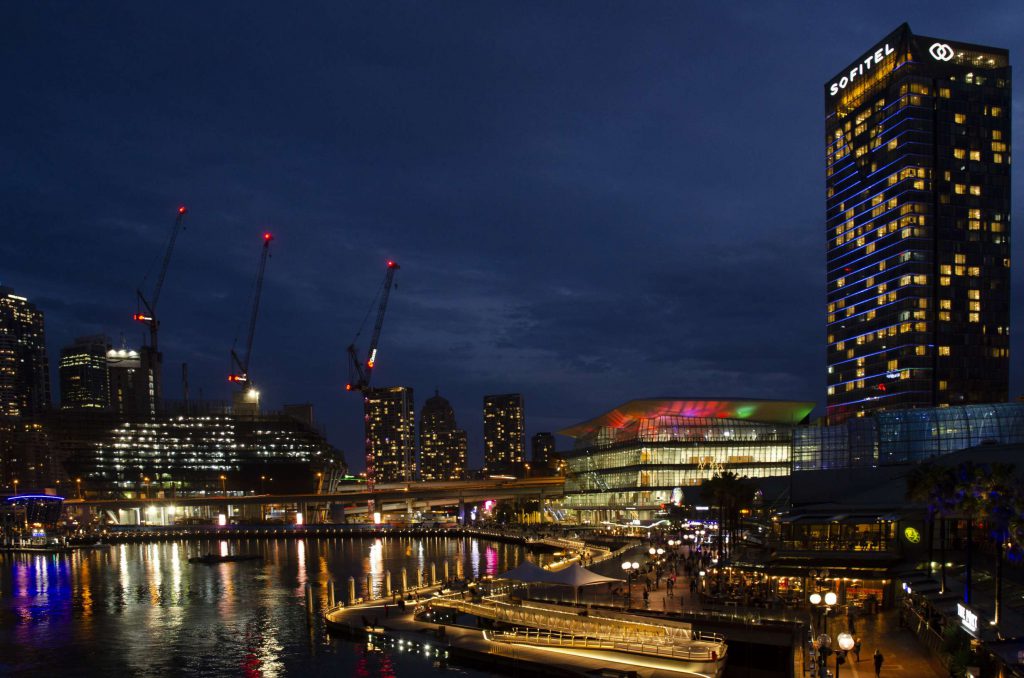 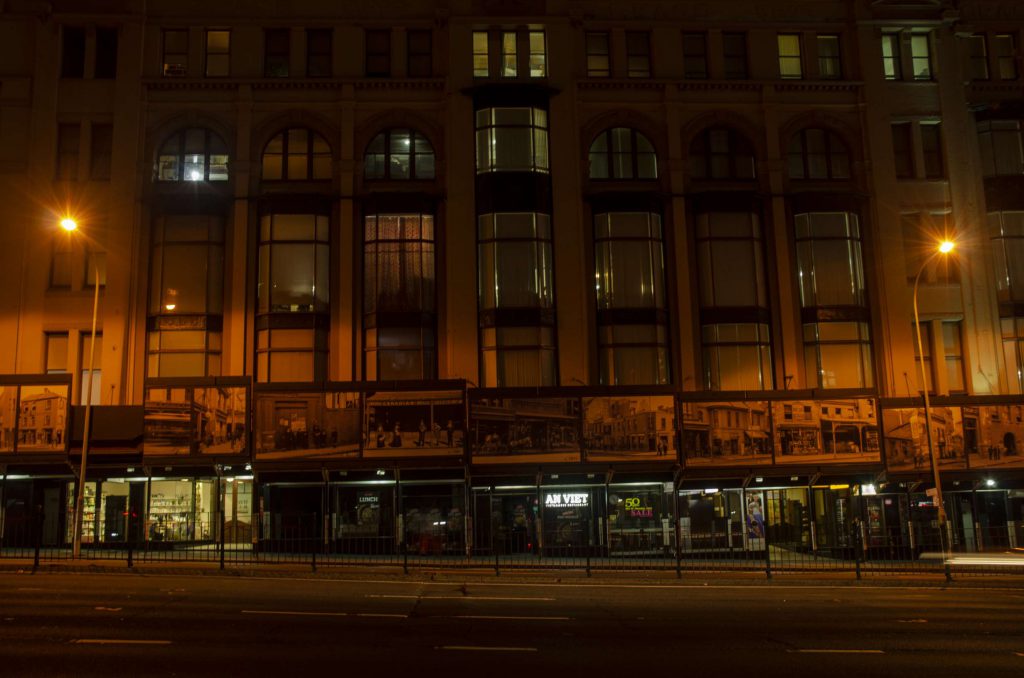 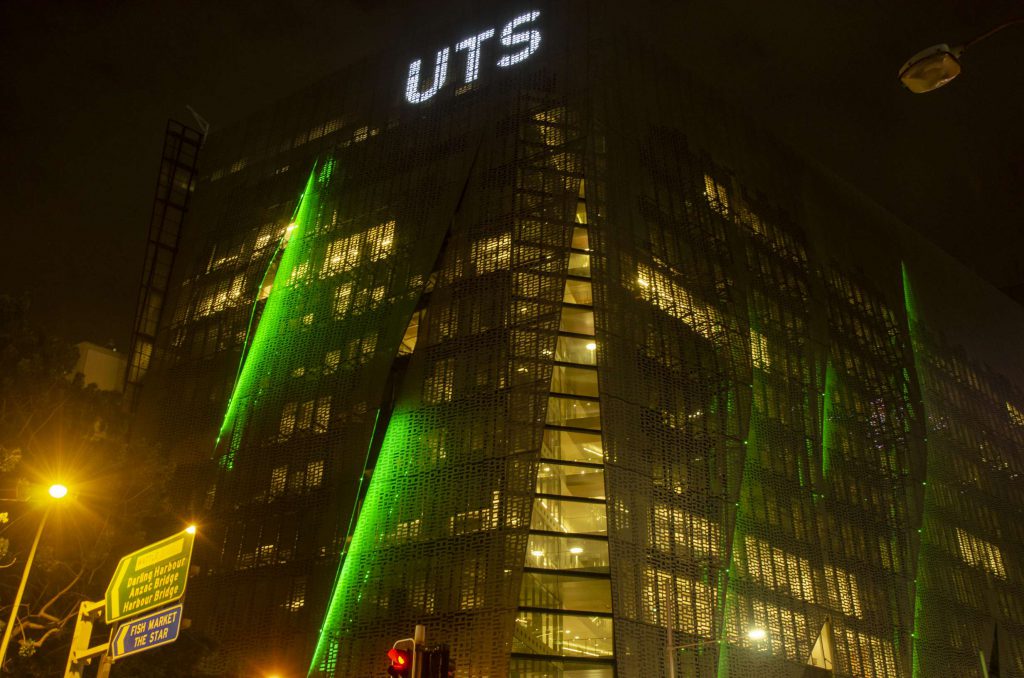 Darling Harbour is one of the most vibrant and bustling areas of the city, and it was by far the most colorful and noisest area at night in the Sydney CBD. However, we noticed that many of the building facades and pedestrian walkways along the harbourside were not lit, and the interior lighting of F&B shops rather generated the night-time mood for the place.

It was such a sight to witness Global Climate Strike in Sydney, which have gathered around 50,000 people across Sydney. Organisers want the government and business to commit to a target of net-zero carbon emissions by 2030.

On a side note, under the city of Sydney’s development plan ‘Sustainable Sydney 2030, ‘the government plans to reduce greenhouse gas emissions by 70percent by 2050 compared to 1990s levels. A 10% reduction is possible by adopting more efficient lighting sources. 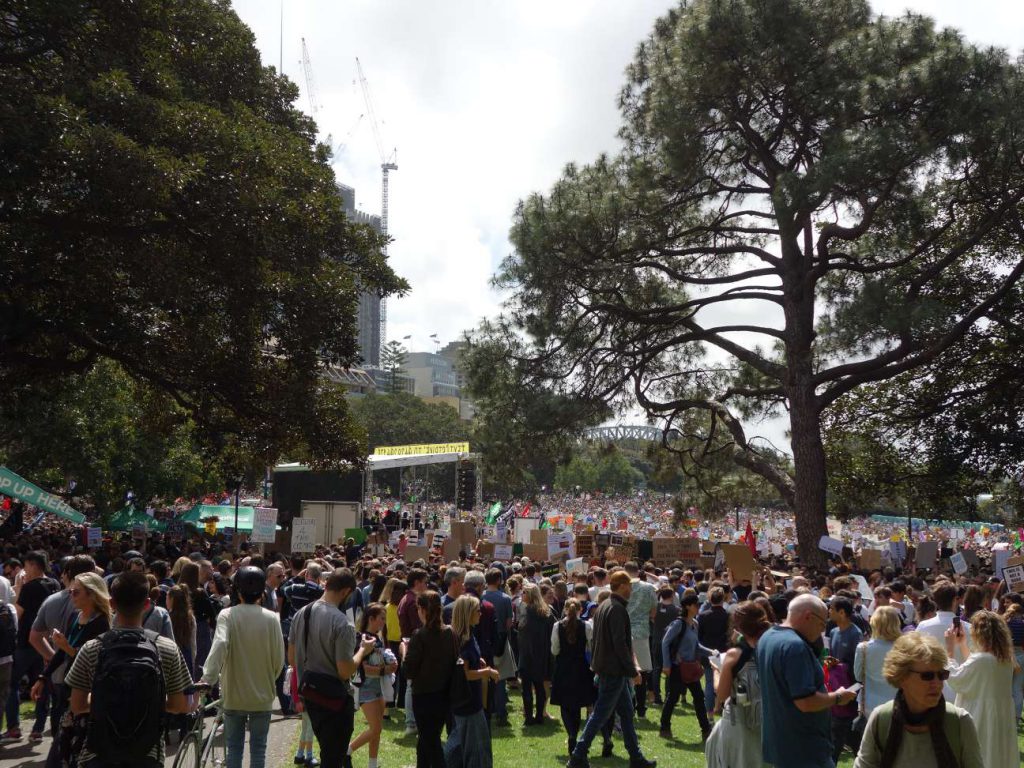 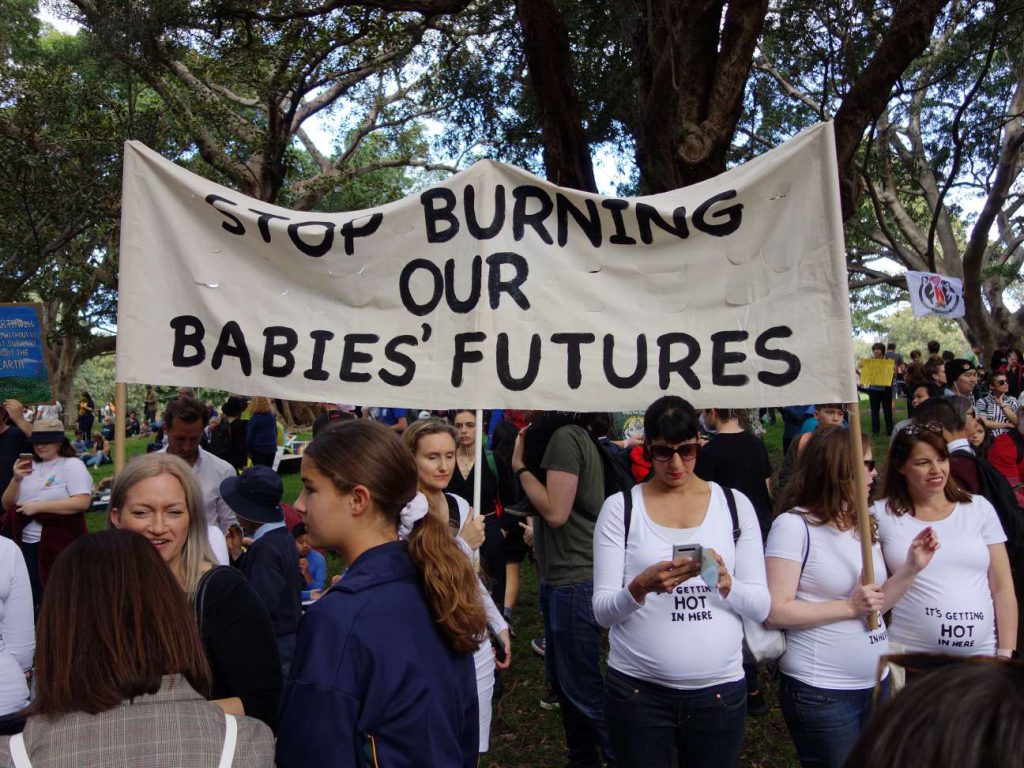